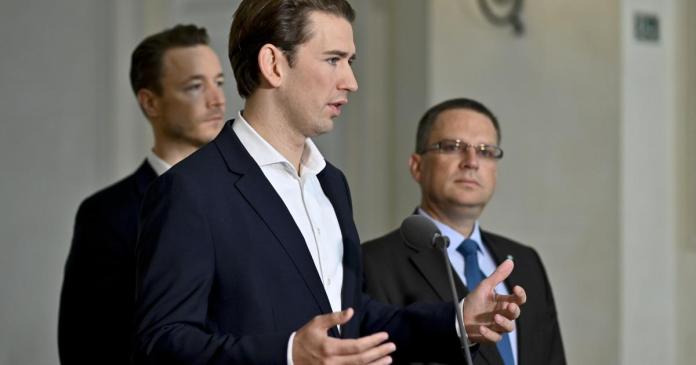 The  allegations of corruption surrounding the ÖVP and Casinos Austria are currently paralyzing the domestic political debate. Many consider it possible that the WKSTA’s corruption hunters, who were recently heavily criticized by the ÖVP, also have ÖVP boss and Chancellor Sebastian Kurz in their sights.

Today Kurz goes on the offensive. In a letter to the WKSTA, which kurier.at has, he tries to clear up the rumored allegations and demands a quick hearing as a witness, for which he would be available at any time.

The n he cites three points:

The re was no appointment on September 17, 2017 with Harald Neumann from Novomatic because he was at a live TV event.

Second, it is incorrect that he met with Novomatic founder Johann Graf. And other dates, which are mentioned in the file according to media reports, are “presented in a very distorted way”, since “the dates mentioned were not about meetings between two people, but about events and discussion formats in a larger group”.

“Damage to reputation for government and republic”

In the letter, the Chancellor further emphasized that “that investigations should be carried out independently by the judiciary and that I would therefore never interfere publicly in a procedure”.

But since in this specific case, from his point of view, incorrect facts and incorrect assumptions of the WKStA had reached the media, he would have been “busy several hours a day for over a week answering media inquiries from home and abroad about these false accusations”.

He concludes the two-page letter, hoping “to be able to clear up the allegations thrown into the room quickly not only in the media but also as part of a testimony”. He is “available at any time, seven days a week to give testimony”.

Wiener Neustadt – Due to the high incidence: exit tests from next week!

Valais councilors caught in the restaurant

Formula 1 car: paintwork could be a problem for Mick Schumacher

Criticism of Altmaier in the Corona crisis: Economy disappointed

Stuttgart child representative on children’s rights: “This is not just symbolic... New notices of map changes with The Mandalorian