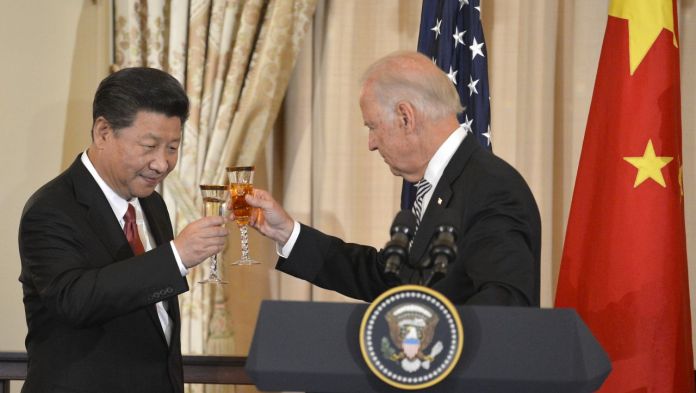 After US President Joe Biden took office, China is calling for relations with the US to be restarted. “In recent years, the United States has basically cut off bilateral dialogue at all levels,” said senior Chinese diplomat Wang Yi on Monday. China is ready to conduct open communication with the US side and participate in discussions to solve problems.
At the same time he called on the government in Washington to move away from the punitive tariffs on Chinese goods and to give up what he believed to be the “absurd suppression of the Chinese technology sector.”

However, Biden has signaled that he will keep pressure on the government in Beijing. In his first phone call with China’s head of state and party Xi Jinping, for example, he indicated that the course was still tough.

In the conversation two weeks ago, Biden had underlined his “fundamental concerns about Beijing’s forced and unfair economic practices, the repression in Hong Kong, human rights violations in Xinjiang and increasingly challenging actions in the region, including against Taiwan,” the White House subsequently announced.

The  relationship was icy under Trump

Biden also advocated a “free and open Indo-Pacific”. China claims large parts of the controversial South China Sea, where the United States is campaigning for freedom of navigation with its navy.

In return, the Chinese president warned him of a “confrontation,” “which is definitely catastrophic for both countries and the world,” reported the Xinhua state agency. Now Beijing sounds a little more relaxed.

The  bilateral relationship between the world’s two largest economies had bottomed out under ex-President Donald Trump:

The  governments in Washington and Beijing clashed on several fronts, including trade, allegations of human rights crimes against the Uyghurs and China’s territorial claims in the resource-rich South China Sea .

The  China-critical course finds cross-party approval in the US Congress.

Senate – Berlin – Senate: Visiting relatives is not a tourist...

Plagiarism affair: “A wake-up call like after the glycol scandal”