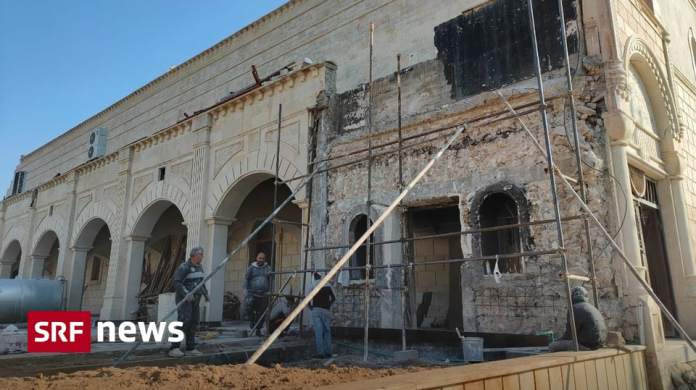 The  Christian community in Iraq still hardly believes it: In March, Francis is said to be the first Pope to come to the country.


On his trip planned for the beginning of March, Pope Francis wants to visit Qaraqosh in northern Iraq, among others. In no Iraqi city was the Christian population larger until the beginning of August 2014 when IS attacked the city.

In Qaraqosh, Father Ammar Yako picks up the Skype call on his cell phone with the camera switched on. He is currently on the way to his church and is smiling all over his face: «We are preparing the place for the Pope’s visit.

The  destroyed church is almost completely rebuilt, and the government is rebuilding the street in front of it. “

We are preparing the place for the Pope’s visit.

What sounds like routine renovation work for a Pope’s visit is far more than that in Qaraqosh, northern Iraq. Since August 6, 2014, the city is no longer what it used to be: “IS rockets killed three people, two people, in Qaraqosh early in the morning children of them, says Father Ammar Yako. In the afternoon, thousands began to flee towards Kurdistan in the city.

At this point in time, the clergyman was staying in the neighboring parish of Bartella, which was also mostly Christian. He himself only fled to the northern Iraqi Kurdish region during the night.

Together with other clergymen, he helped to bring people to safety: at midnight he drove a family who had fled on foot to the border and then came back. “At 3:00 am we were warned urgently to flee immediately: ISIS had taken our cities,” says Father Ammar Yako.

Those who stayed behind were murdered, mistreated or forced to convert to Islam by IS. Over 100,000 Christians fled to the Kurdish region that night.

It wasn’t until three years later, in 2017, that Father Qaraqosh saw again. Only half of the city was liberated from IS at that time: “

The  Syriac Catholic Al Tahira Church was almost completely destroyed. What happened to this city is not easy to accept. “

What happened to this city is not easy to accept.

Rebuilding a community in a destroyed city remains difficult to this day. It is true that around half of the total of 50,000 Christians returned to Qaraqosh. However, everything is lacking: many houses have still been destroyed, there is no work, the political situation in Iraq is unstable – and not just since IS.

In the war years following the US invasion of Iraq in 2003, over half a million Iraqi Christians had emigrated. Today, depending on the estimate, a little more or less than 300,000 Christians still live in Iraq.

A glimmer of hope

Pope Francis gives them hope with his visit, says the 44-year-old Father Ammar Yako: “We are so happy that we can receive the Pope. He will give us hope that we as Christians can continue to live here in Iraq, even if there are fewer and fewer of us. “

The  Pope will give us hope that we can continue to live as Christians in Iraq, even if there are fewer and fewer of us.

Christians have lived in Iraq for over 2000 years. It is clear to Father Ammar Yako that he wants to stay here: “Maybe one day I will be the last Christian to leave Iraq,” says the Father, who was almost the last to leave Qaraqosh when IS came. He turns back to the renovation work in the Al Tahira Church, which has received a boost with the announced papal visit.

Before the 7th century, the area of ​​what is now Iraq was mostly populated by Syrian and Armenian Christians. With the spread of Islam they became a minority and their Aramaic language was increasingly displaced by Arabic.

Before the US invasion of Iraq in 2003, the Christian population was around 1.5 million. Hundreds of thousands left Iraq in the war years after 2003. When the IS established its “caliphate” in 2014, the persecution of Christians reached dramatic proportions: thousands were killed, mistreated, forced to convert to Islam or to flee.

Today, depending on estimates, slightly more or less than 300,000 Christians live in Iraq.

The re are no exact numbers.

Why Harry and Meghan are now in a chatty mood

Violent rush at Aldi threatens: should I get the quick tests on Saturday? 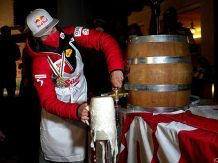 Circumcision of boys: “I suffer from the loss of my foreskin”

Politician received 250,000 euros: mask affair in the Union is expanding

Hospital society warns: hospitals will soon no longer be able to...

Spahn: “Every day earlier that we have the vaccine helps to...

Ryoyu Kobayashi is back on top