Julian Nagelsmann has emphasized several times that he would have liked to further strengthen RB Leipzig’s offensive in winter. Missed items should be made up for in the summer. Claudinho from the Brazilian branch RB Bragantino has already outbid the Leipzig team.
It continues below the ad

The  Dutch are said to have submitted an offer worth 15 million euros.

The  Leipziger in turn are said to have offered a fixed transfer fee of twelve million euros, another three million would flow later as any bonus payments.

Claudinho has been playing for Bragantino since 2019 and leads the team as captain. In the current season, the 24-year-old scored 17 goals and six assists in 33 first division games. His contract in Bragança Paulista expires at the end of 2024. 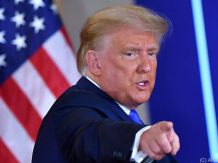 Deutsche Bank no longer wants to do business with Trump –...

Coronavirus: BAG reports death of a boy and a young adult