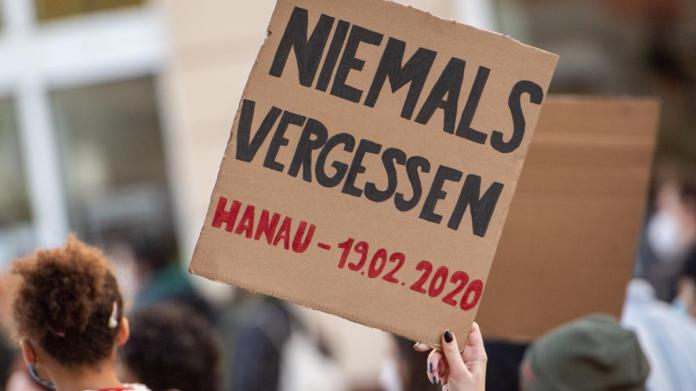 First Frankfurt, then Cologne: Unknown people destroyed and smeared memorial sites for the victims of the racially motivated attack in Hanau. State security was called in for both investigations.

UWell-known people have destroyed a memorial site for victims of the racially motivated attack in Hanau in Cologne.

The y had torn off foils with names and pictures of the victims and threw them into the embankment on the Rhine.

The  police confirmed a corresponding incident in Cologne-Rodenkirchen on Sunday, about which the Cologne Jusos had initially reported. According to the youth organization of the SPD, the perpetrators destroyed the memorial in the night from Saturday to Sunday.

The  incident was reported as property damage.

The  state security will be involved in the investigation, it said.

The y posted pictures on Facebook and wrote: “This act proves once again that racism is a big problem in our society. Anyone who does not shy away from destroying a place of remembrance for those killed has lost all humanity. ”

The  attack in Hanau had shown that such acts of destruction did not stop there, but that racism has long been claiming deaths in Germany.

“It is up to all of us to stand up against racism, hatred, agitation and violence and to show a clear edge! Racism must have no place in our society! “

State security is also investigating in Frankfurt. Unknown people smeared swastikas on two memorial posters for the victims of the racially motivated attack in Hanau.

The  crosses were probably mirrored on the posters with a thick felt-tip pen, the police said on Sunday. On Friday, the dead were commemorated at an event in Hanau with Federal President Frank-Walter Steinmeier and Hesse’s Prime Minister Volker Bouffier (CDU).

On the evening of February 19, 2020, the 43-year-old German Tobias R. shot nine people in several locations in the Hessian city of Hanau, before allegedly killing his mother and then himself. Before that, he had pamphlets and videos with conspiracy theories and racist views published on the Internet.

Is the rule of law in Berlin really “at its end”? Chief Public Prosecutor sounds the alarm

Corona in Germany: FFP2 fiasco in Germany? Millions of masks have probably never been tested for aerosol particles

VIDEO | This brutal foul is a mystery – Germany

Schalke inquired at the rejected Ibisevic

“Bird of the year” wanted: blackbird, pigeon or sparrow – Germany...

Interview with Schaeffler boss: is the auto industry going under?