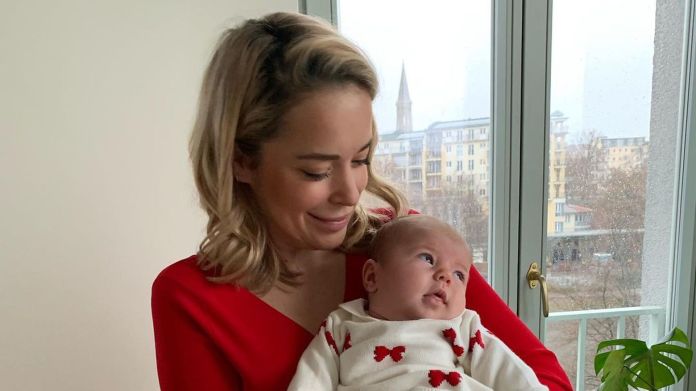 Marina Hoermanseder is a real power woman! In November 2020, the fashion designer not only became a mother for the first time, she also stood in front of the camera just a few days after the birth – for Heidi Klum’s (47) casting show Germany’s next top model. Across from Promiflash looks Marina Back to the GNTM shoot again – and it becomes clear how proud the new mom is of her comeback!

“My daughter should have come two weeks before the recording – and then she came a week later,” the designer explained Promiflash-Interview and described her emotional state before the day of shooting: “ The n I knew: ‘Oh God, I have seven days. How should I do that?'” But she had Heidi not only already promised, she also wanted to go through with the TV project. “That’s why I really gathered all my strength – and I was so looking forward to having this chance to be on the jury”she stressed.

The  shooting was exhausting for the new mom, but the experience was obviously worth it for her. “It gave me so much pleasure that I didn’t even think about how exhausting it might be”, the native Austrian raved about her “Germany’s next top model” job.

Interview with Luk Perceval: “Offenses are passed on”

Protests against arrest of opposition leader in Georgia

Corona mass tests: Registration in Vienna only required for the city...

Not just a storyline: Lacey Evans is expecting her second child...