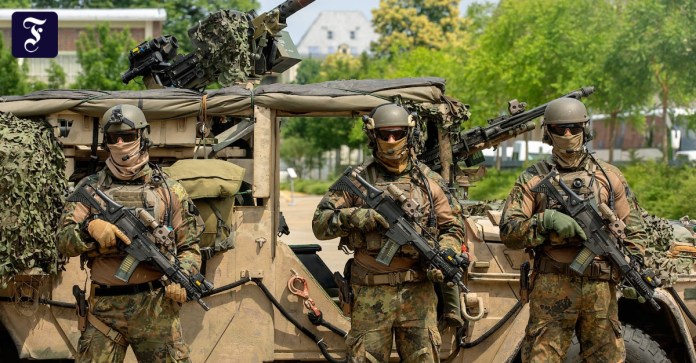 AMany early Greens also had no lack of military expertise. One thinks, for example, of the former Wehrmacht officer and Bundeswehr general Gert Bastian, whom the NATO double decision led to the peace movement.  The  Greens, who also emerged from it, have gone through many a molt and an ordeal, the largest in 1999, when Germany waged war in the Balkans under a red-green government.

Ultimately, this did not harm the Greens; they were apparently most convincingly in a position to legitimize the military intervention with “Never again Auschwitz”. And yet the Bundeswehr has long remained a stranger to the Greens, even if open hostility and rabble are a thing of the past. After all, you’re an adult and a middle-class person.

The  oath is still pending

The  Greens have also recognized that guns have to work. But that doesn’t take much, and it’s not much either.

The  now proposed “Defense Planning Act”, which is intended to give parliament more rights in armaments projects, is also no substitute for strategy.

May the Greens, unlike the SPD, be happily united in their assessment of aggressors and human rights violators à la Putin – the oath is still pending. For whom and what should the Bundeswehr be used at the behest of the Greens? Before that, there is respect for the soldier as such as well as a fundamental understanding and recognition of his service.

Corona: This is how the vaccination works in MV | ...

Evangelical regional church gets a new commissioner for Islam

Blockchain Report: How Crypto Developments Are in the European Union |...

The difficult logistics of distribution