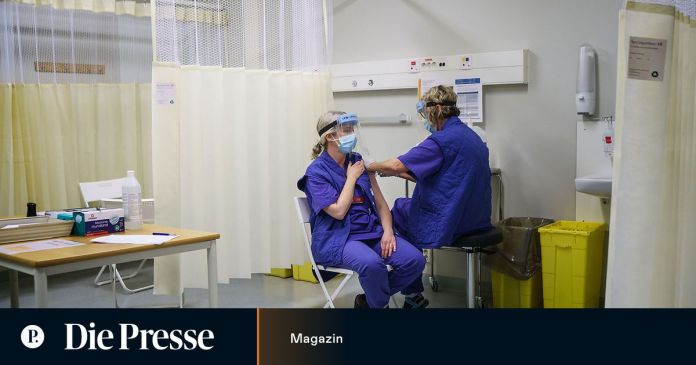 In two Swedish provinces, 100 out of 400 people who had been vaccinated had such severe side effects that they went on sick leave. This led to a shortage of staff in hospitals.

Because of the surprisingly frequent side effects, two Swedish provinces have acutely stopped the administration of the Covid-19 vaccine from the British-Swedish pharmaceutical company AstraZeneca. Other provinces are considering similar measures, the Swedish public broadcaster Sveriges Television (SVT) reported.

The  province of Gävleborg stopped distributing the vaccine after around 100 of 400 vaccinated nurses had symptoms that were so clear that they could not go to work: the employees reported chills, pain and fever.

The  same thing happened in Sörmland, Sweden. It was the turn of the staff of two hospitals to get the Covid vaccination. However, of the 400 employees vaccinated on the same day, around 100 people also suffered such side effects, so that many had to be written off sick on the day after the vaccination. As a result, there was at times an acute shortage of staff at the hospitals.

The doctor is even likely to disadvantage corona deniers

Flensburg Bahnhofswald: tree felling until late in the evening