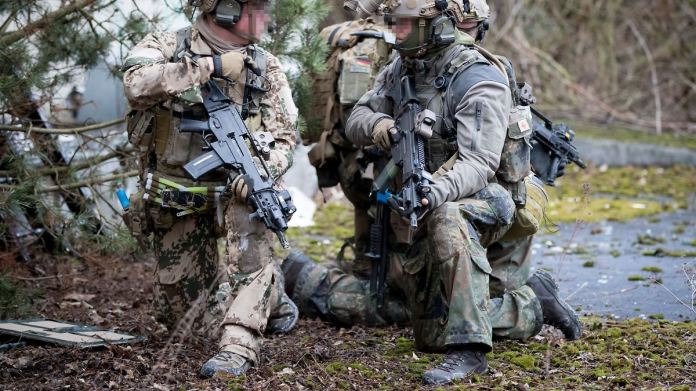 In the Bundeswehr’s elite unit, Special Forces Command, soldiers were able to return stolen or misappropriated ammunition with impunity last year. As a consequence, the KSK commander Markus Kreitmayr is to be replaced.  The  Bundeswehrverband is not enthusiastic about this solution.

The  German Armed Forces Association has warned Defense Minister Annegret Kramp-Karrenbauer of the CDU against a premature replacement of KSK commander Markus Kreitmayr. “I know Brigadier General Markus Kreitmayr as an extremely upright, conscientious officer. He took vigorous action against the grievances that became known at the KSK and initiated a major cultural change,” said the Federal Chairman of the Association, Lieutenant Colonel André Wüstner.

The  commander of the Special Forces Command (KSK) is criticized because last year soldiers should have been given the opportunity to throw unauthorized hoarded or possibly stolen ammunition in boxes on the grounds of the KSK home barracks in Calw (Baden-Württemberg) and without further To return penalties. Kreitmayr has been in command, which hit the headlines through a series of right-wing extremist incidents, since 2018.

Wüstner said that in the event of a suspicion of a misconduct investigation, it goes without saying. “However, if Markus Kreitmayr – as reported by the media – is replaced by the minister or if the dissolution of the KSK is up for debate again without a comprehensive investigation beforehand, I fear a greater loss of confidence in the armed forces. He does not want to imagine that Kramp-Karrenbauer will get into the “old waters” of her predecessor Ursula von der Leyen. At that time one could get the impression “that pawn sacrifices as a supposed sign of leadership strength were more important than clarification and classification of the situation.

“Such measures” are not new

In the Bundeswehr and with allied armed forces, it was previously possible to return ammunition without penalty. “Defense Minister Kramp-Karrenbauer said last summer that the KSK’s probation with regard to incidents lies in the future,” said Wüstner.

“From this point of view, incorrect booking and incorrect storage of ammunition clearly took place in the past. In this context, I am surprised by statements from the ministry that they have not yet heard of the measures in the KSK. Overall, it should be noted that there were such measures Measures already existed in the Bundeswehr and these are part of the handling of excess stocks in the armed forces of allied nations. ”

Oxygen is getting scarce – cosmonauts struggle with leak on the...

Only two Germans further, Tomic fights his way through, Bouchard out...

The stumbling Munich residents now have to answer this question