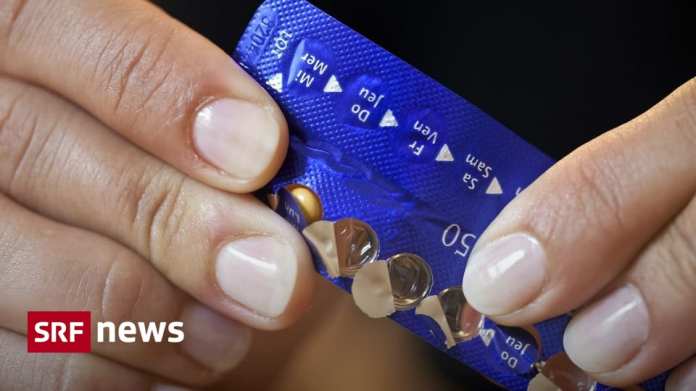 While 52 percent of women used the pill in 1992, 25 years later it was only 33 percent. This is shown by figures from the FSO from the current population survey.

The  decline was particularly pronounced among women under 35, from 67 percent to 45 percent.

Pills and condoms are often combined

After the pill in second place (31 percent), women cite the hormone IUD as the third most common method (12 percent) and men cite sterilization (15 percent). With increasing age, condoms and pills are replaced by the IUD or sterilization.

Of the young women, one in four followed the recommendation to use double protection during sex. Usually the pill and the condom are combined.

Normalization in the HIV-AIDS area

Overall, the proportion of women who use contraception during sex has increased from 54 percent to 72 percent over the past 25 years. In men, it’s a less clear picture. For example, between 1992 and 2002 men used condoms less and less – the use fell from 69 percent to 41 percent.

According to the FSO, this goes hand in hand with the onset of “normalization” in the area of ​​HIV-AIDS. In the late 1990s, HIV-AIDS diseases did not spread as much, Marco Storni from the FSO’s section on public health told the Keystone-SDA news agency. Dealing with the risk of illness was different at the time, and from then on you were more likely to be tested in a new partnership.

Young men often do without condoms

After this decline, the use of condoms fluctuated somewhat before condoms were used more frequently again from 2012 onwards. However, the younger men have recently resorted to a condom less: between 2007 and 2017 the proportion fell by ten percent to 70 percent.

Men also choose sterilization less often than before. Between 1992 and 2002 the proportion of selected sterilizations increased and has since declined. According to the communication, this occurs particularly among men between 35 and 54 years of age. In this age group, the use of the IUD increases. It is increasingly developing as an alternative to sterilization for couples, writes the FSO.

Compared to other countries, women in Switzerland not only use proportionally more contraception, but also use condoms more often than women in France or Germany.

The re, however, the pill and the IUD are used more often.

Compulsory testing and quarantine – All party presidents want to tighten...

Germany: After finding counterfeit money in Bavaria: Searches in NRW –...