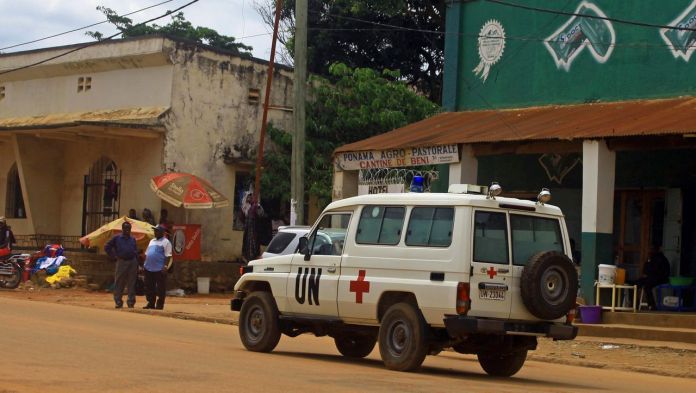 Italy’s ambassador to the Democratic Republic of the Congo was killed in an armed attack. According to diplomatic circles in Kinshasa, Ambassador Luca Attanasio died on Monday after an attack on a convoy of the World Food Program near the city of Goma in the east of the country. According to an army spokesman, two more people were killed in the attack.
The  Italian Foreign Ministry has since confirmed the death of the ambassador, as well as the death of a bodyguard. According to the authorities, a driver is also said to have been killed.

The  attack was part of an attempt to kidnap UN personnel, the Reuters news agency reported, citing local officials.

Attanasio has been ambassador to the Congo since 2018. According to a senior diplomat in Kinshasa, the ambassador was shot in the stomach and injured. He was therefore taken to a hospital in Goma, where he then died.

Again and again unrest in the Congo

For many years, the Democratic Republic of the Congo was one of the most unstable countries in Africa. Since the end of Belgian colonial rule in 1960, there has never been a peaceful change of power until 2019. After its independence, the country was initially ruled by dictator Mobutu Sese Seko, and in 1997 the rebel leader Laurent-Désiré Kabila declared himself president. In 2001, Kabila was shot dead by a bodyguard. His then 29-year-old son Joseph inherited power – and then remained in office for almost 18 years.

In the country’s first peaceful elections in 2019, Félix Tshisekedi was elected as the new president, but the country is barely settling down, especially in the east of the huge Central African country. Dozens of militias are fighting each other in North Kivu and other eastern provinces, including control over mineral resources. Last year alone, according to the UN, more than 2,000 civilians were killed in the fighting. A new Ebola outbreak in North Kivu is causing additional problems. According to the provincial government on Sunday, four of six infected people have already died of the infectious disease.

The  UN is present with 15,000 soldiers from the MONUSCO peacekeeping mission.

The  number of troops should be reduced step by step in order to hand over power to the Congolese security forces.

Spahn is hoping for a vaccine for all citizens in Germany...

A move to Bayern could fail because of this