The  probably much more contagious corona virus mutant, which was first discovered in Great Britain, is also spreading rapidly in Germany. Federal Health Minister Jens Spahn (CDU) said in a press conference of the RKI on Friday that one in five corona infections in Germany can now be traced back to the virus mutation B117.

In some regions, the spread of the mutation is already well above the German average. One of those mutant hotspots is this Hanover region: Here, the British variation B117 is responsible for more than 40 percent of new infections.

Meanwhile she is kicking nationwide throughout Lower Saxony and spreads rapidly, as the NDR reports. Mike Wonsikiewicz, press spokesman for the Lower Saxony State Health Office (NLGA) told Tagesspiegel that the 40 percent should be treated with caution: “I don’t consider this number to be representative, as it is only based on random samples.” .

What is certain, however, is that a total of 771 known cases of infection with the mutant were detected in Hanover on Thursday. 764 of these are clearly assigned to virus variant B117, explains Wonsikiewicz, and an assignment is still unclear for another six.

On Wednesday, the NLGA had reported a total of 520 evidence of the mutation. Only one infection was due to the South African variant B.1.351, in six other cases the classification by means of the PCR test was not clearly established.

Hanover is not planning any further restrictions for the time being

Hauke ​​Jagau, regional president of the Hanover region, told Tagesspiegel that the comparatively high number of cases of infection with the mutant was probably also due to the fact that all positive samples for mutation had been in the Hanover region for four weeks and consistently for two weeks have investigated.

“We followed up on our own initiative, otherwise we might also have the Spahnian style,” explains Jagau. Where the comparatively strong spread of the mutant in Hanover comes from can currently only be speculated.

In the Hanover region there has always been a close connection to Great Britain due to the numerous British military bases. “Many connections, weddings and families have grown out of these past times. Traveling to and from the United Kingdom is perhaps more a part of our business than anywhere else. ”

The  first case of the British mutant occurred at the Hannover Medical School in November; the patient who had been infected by his daughter who had returned from Great Britain died in December.

What is particularly noticeable about the current infection rate in the Hanover region is that the age of those affected by Covid is falling, says Jagau.

The  number of corona deaths is still falling so far

Overall, however, the number of corona deaths has declined despite the increasing spread of the mutant in the region: While around 240 people in the Hanover region died from or with the corona virus in January, the figure was around 80 in February.

No tightening due to the spread of the mutant is currently planned in Hanover. “We have significantly increased our test behavior, extended quarantine measures and expanded the tests to include mutations,” explains Jagau. Free testing can currently no longer take place in the region and the quarantine has been extended to 14 days.

Jagau points out that despite the spread of the mutant, there is no overall deterioration in the course of the disease.

The  number of infections is currently still falling. Measures only make sense if they are accepted by the population, which is difficult at the moment.

“We therefore try to act with a sense of proportion, but of course keep an eye on developments. We also see an opportunity in the rapid tests, which can be used without specialist staff to work more preventively. “

Despite the mutant, Jagau expects a further decline in the incidence value in the coming days: This is currently so high because people with symptoms have shied away from testing because of snow and ice in the past week – but now they have been tested.

The  incidence value in the region has fallen significantly since December.

The  spread of the mutation has at least been curbed.

If the situation stabilizes in the coming weeks, Jagau pleads for gradual openings: “

The  strength of the people is at an end. I can speak for myself there too.

The re must be perspectives and relaxation, the regional approach is the right way to go. Many of the vulnerable groups will soon be vaccinated, I think it is wrong to still go by the mere incidence value. ”

The se figures are worrying, we must now counteract this in a targeted manner.”

The  incidence is increasing rapidly in Flensburg

In Flensburg one is currently much more alarmed about the spread of the mutant.

The  city in Schleswig-Holstein is also a hotspot: While the northernmost federal state reported an overall incidence value of 55.9 on Wednesday, Flensburg was 181.9. In the past few days, mutations had been detected in 80 cases, said Mayor Simone Lange on Friday. For February she had previously spoken of a 50 percent share.

That is why there will be a week between 9 p.m. and 5 a.m. in the city from Saturday Exit restrictions as well as a complete ban on contact imposed: A household may not meet other contact persons either in its own apartment or outside. Exceptions apply only to the way to work or to the doctor. Also the schools will remain closed for the time being. Lange announced strict controls. Violations of the regulation can result in high fines. In Flensburg, 70,000 free rapid tests should initially be available to people.

A spokeswoman for the St. Franziskus Klinik confirms at least some of the observations made in Hanover to the Tagesspiegel: With regard to the age of the Covid patients, a clear rejuvenation can be seen. And even without previous illnesses, there is more often a severe intensive medical course.

In Düsseldorf, too, the mutant achieved a share of 40 percent

That is why there is great concern in Flensburg: “

The  proportion of mutants in new infections in Flensburg is steadily increasing.

The  virus mutation is infected more efficiently. This leads to a third wave in our supply region, which extends far beyond Flensburg, which could then quickly overwhelm us. ”

“Our capacities are limited by the available clinical staff and the mutation will lead us to the limits of our supply capacity in four weeks without effective measures,” the clinic continues.

The  situation poses a considerable threat not only to the population of the city of Flensburg, but also in the entire border region and specifically for Flensburg’s hospital care.

Clinic had to open a second isolation ward

If a capacity limit is reached in the intensive care unit, it will first be checked within the country whether Covid patients requiring intensive care can be treated in other clinics.

After the isolation ward reached its limits in December and January with up to 30 patients, the clinic opened a second isolation ward, so that 50 patients can now be treated. 29 Covid patients are currently being treated there.

The  British coronavirus variant is also particularly widespread in Düsseldorf: According to the city, on Tuesday the share was still 27 percent and on Wednesday 30 percent. On Friday it is already over 40 percent. As of Friday noon, the town hall did not respond to a Tagesspiegel request how the state capital will deal with the changed situation.

In a press conference on Friday morning, RKI boss Lothar Wieler once again urged the German population: If the mutation continues to spread, it will be more difficult to keep the Corona situation in Germany under control. For this reason, it is important to continue to follow the measures. “My request: let us continue to restrict our contacts to the bare minimum”. It is also important to only meet the same contact persons over and over again, if possible even outdoors.

Philips 288E2UAE: UHD monitor with high pixel density thanks to 28...

WhatsApp updates terms of use: What you should know about the... 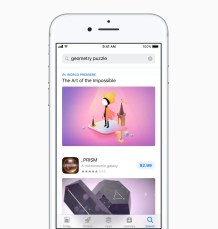