The  judge ruled that the Competition Appeal Tribunal had no jurisdiction and that the lawsuit had to be fought in the USA. However, he partially admitted a similar lawsuit against Google. Epic, developer of the popular “Fortnite” game, recently submitted a competition complaint against Apple to the EU Commission.

The  dispute flared up in August after Epic no longer wanted to adhere to the more than a decade-long requirement that virtual items in the game on iPhones and iPads can only be offered via Apple’s in-app purchase system. Apple keeps 30 percent of the purchase price. Instead, Epic would like to run its own app store on the iPhone.

Simpan Organizer: Note app for a short time only 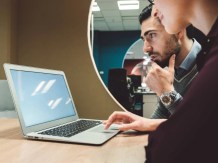