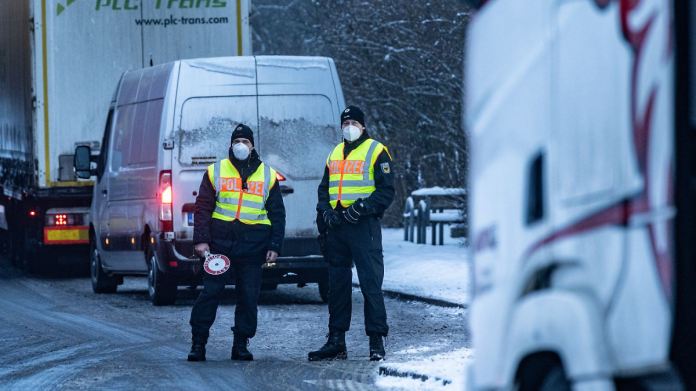 Because of the spread of corona mutations, there are strict controls on the border with the Czech Republic and Austria.  The  result: within a week, the federal police denied a good 16,000 people from entering Germany. In the meantime, Poland is also considering stricter entry rules.
During border controls at the crossings to the Czech Republic and the Austrian state of Tyrol, almost 16,000 people were turned away this week, 4522 of them alone without a negative Corona test. According to a report by “Bild am Sonntag”, a total of 104,178 people were checked before entering Germany between February 14 and Saturday, and a total of 15,877 people were turned away. In addition to the lack of corona tests, those rejected either had no digital travel registration or were not among the exceptions for entering Germany – such as doctors and nursing staff.

In the meantime, Poland is also considering stricter entry rules on the borders with the Czech Republic and Slovakia. Health Minister Adam Niedzielski announced a decision for next week on Saturday, according to the PAP news agency. For people who could prove their health with a test result, the limits remained open. But that could change – depending on the development of the pandemic.

Niedzielski expressed the expectation that the current corona wave in Poland would peak in March or April. Currently, there is a ten-day quarantine requirement when entering the country by public transport such as bus or train. Individual traffic and commuters are excluded. This also applies to people who have a current negative test result or who can prove a corona vaccination. Many hospitals in both the Czech Republic and Slovakia are at their limit. With 968 new corona infections per 100,000 inhabitants within 14 days, the Czech Republic is at the top across the EU.

Heat donors in Corona time at schools: With blankets against the...

Spahn asks for your understanding for starting difficulties with vaccinations |...

New B117 cases and pressure on the health authorities: British mutations...

“Clubhouse”: Hype about the new social media app – all of...

USA: Three dead after being shot at a bowling alley in...