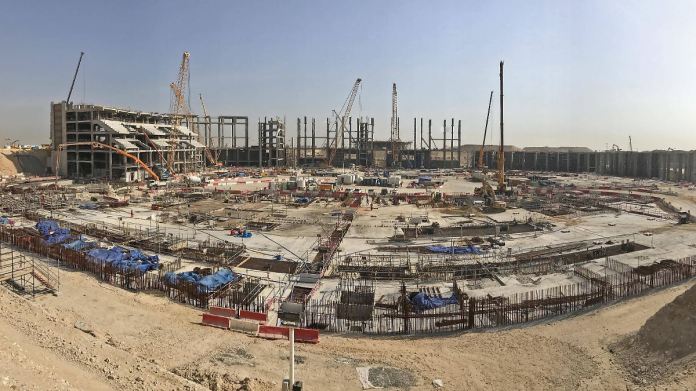 Controversial tournament in Qatar
6,500 guest workers have died since the World Cup was awarded

In 2010, Fifa will award the 2022 World Cup to Qatar.  The  decision has been criticized since day one. New numbers are not designed to dispel doubts. However, FIFA and the World Cup hosts have a different interpretation.
In Qatar, the host country of the 2022 World Cup, more than 6,500 workers from five Asian countries have died in the past ten years, according to research by the British “Guardian”.

The se are workers from India, Pakistan, Nepal, Bangladesh and Sri Lanka, reported the newspaper.

The  figures have been compiled from government sources.

The  actual number of migrants who died during this period is significantly higher, as workers from other countries also come to the emirate, the paper writes.

When asked, Qatar’s government press office said that the emirate was home to more than 1.4 million people from these countries.

The y included students, the elderly, and workers in various industries. Millions more have lived in Qatar in the past ten years and have returned home. A “small percentage” of these million people died, it said.

The  death rate is in a range that can be expected for this size and this demographic composition.

The  country is repeatedly criticized internationally for the exploitation of guest workers. Qatar’s government, on the other hand, says that reforms in recent years have significantly improved the situation of workers. Human rights activists also admit progress, but warn that the reforms are inadequately implemented.

The  data collected from government sources does not reveal whether or where the deceased were deployed on the numerous infrastructure projects in connection with the desert World Cup. But it is likely that the deceased were employed on one of these World Cup construction sites, said Nick McGeehan, an expert on labor law in the Gulf. “A very large proportion of the guest workers who have died since 2011 were only in the country because Qatar Awarding the World Cup decided for itself. “

When asked about the deaths in the stadium projects, the World Cup Organizing Committee said: “We deeply regret each and every one of these tragedies and have investigated each incident to ensure that lessons have been learned. We have always maintained transparency on this matter and denied inaccurate claims on the number of workers who died on our projects. “

According to the Guardian, 69 percent of those who died in India, Nepal and Bangladesh were cited as natural causes. Among the guest workers from India it was 80 percent. According to the British newspaper, this cause of death is often due to acute heart or lung failure.

The  “Guardian” refers to the intense heat in Qatar during the summer. Qatar’s government, on the other hand, states that work in the open air is prohibited in the midday hours of the summer months.

The  World Cup organizing committee has reported the deaths of more than 30 workers who were involved in the construction of stadiums in its own regular reports since 2015.

The  vast majority of these cases are not related to work on the construction sites. Fifa had said in response to a “Guardian” request that it felt an emphatic obligation to protect the rights of workers in Fifa projects.

The  world association does not see any reason for concern, on the contrary: “

The  frequency of accidents on the construction sites of the FIFA World Cup has so far been low compared to other major construction projects in the world.” According to the Guardian, however, it has not proven how Fifa comes to this assessment.

Shermine Shahrivar: “Better to be alone than lonely with the wrong...

Leipzig: Bundeswehr jeeps in Leipzig set on fire and burned out

“Either … or …”: Queen made Prince Harry clear