Chancellor Angela Merkel knows, of course, that people in Germany no longer want the Corona restrictions, closed restaurants and shops, and restricting their contacts. “ The re is a legitimate longing for an opening strategy,” Merkel is said to have said on Monday at a meeting of CDU party committees.

Step out of the restrictions?

The  Chancellor therefore has a step-by-step plan for easing the situation: After daycare centers and schools reopened this Monday in many federal states, vocational schools are to open their doors again soon. And, eagerly awaited by many people:

The  contact restrictions could then be relaxed. Currently, meetings outside of the family are only permitted with one additional person. In further steps, cultural institutions and restaurants could then reopen, and outdoor sports in groups could then be allowed again. Everything at an interval of a few weeks from the beginning of March. Could. 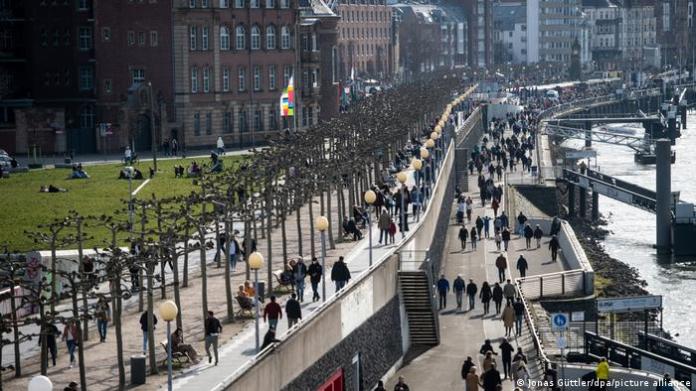 A celebration for the corona virus? On the Rhine in Düsseldorf last Sunday

Because Merkel’s step-by-step plan was hardly public when there was a lot of bad news about the virus. Many politicians reacted in shock and upset to the pictures from the weekend when the Germans set off en masse outdoors in spring-like temperatures and lots of sun. Whether on the Hamburg Alster, in the parks in Berlin or in Munich, the same picture everywhere: people were able to buy drinks at improvised stands, often no trace of a distance, and not everyone wore masks. A celebration of the corona virus, commented some observers. Experts have been saying for many months that an infection outdoors is much less likely than indoors. Either way, the crowds show that many people in this country just seem to have had enough of the restrictions.

Head of the Chancellery remains skeptical

In the evening, the head of the Chancellery, Helge Braun (CDU), poured water into the wine:

The  current figures do not offer any reason for optimism. And the parliamentary group leader of the CDU in the Bundestag, Ralph Brinkhaus, said in the evening on the ARD: “One thing would be very, very bad: If we loosen up now and then have to take the step back in three or four weeks.” Politics: Driven by the longing of the people and the fear of the next wave. 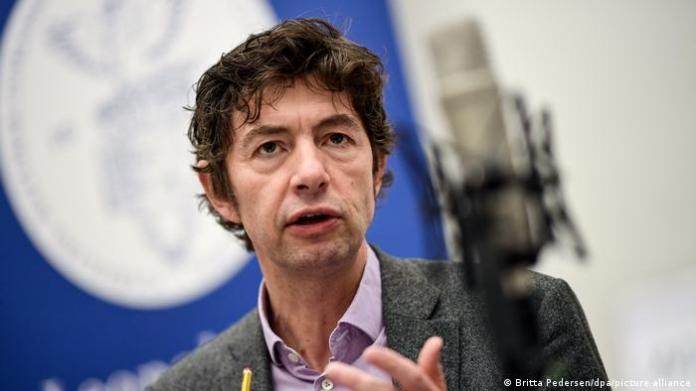 Virologist Christian Drosten: “We now have to vaccinate across the board quickly”

Because, say many experts, it has long been there: Despite the lockdown, despite closed restaurants, cinemas and theaters, the number of infections stagnates at the beginning of the week and is no longer falling.

The  so-called British mutation of the virus is obviously to blame, which is much more contagious and already accounts for around a quarter of new infections in Germany. In any case, Merkel’s step-by-step plan – like similar considerations in individual federal states – assumes that it will only be cautiously relaxed if no more than 35 people out of 100,000 are newly infected with the virus within seven days. Currently, this number is 60.5 across the country.

Left: “Finally the government comes up with a plan.”

So relaxation is not in sight. Nevertheless, Chancellor Helge Braun wants to put together a uniform paper with country representatives from the various step-by-step plans from Tuesday, which Merkel should then consult with the Prime Minister on March 3rd, i.e. in the middle of next week. At least, so the Bundestag member of the left, Jan Korte, the government is getting away from the eternal sequence of either closing everything or opening everything. Korte said on Tuesday: “It is to be welcomed if someone in the federal government plans something in good time in the corona crisis and does not just react gives the Bundestag and the state parliaments discussed and coordinated joint action. “ 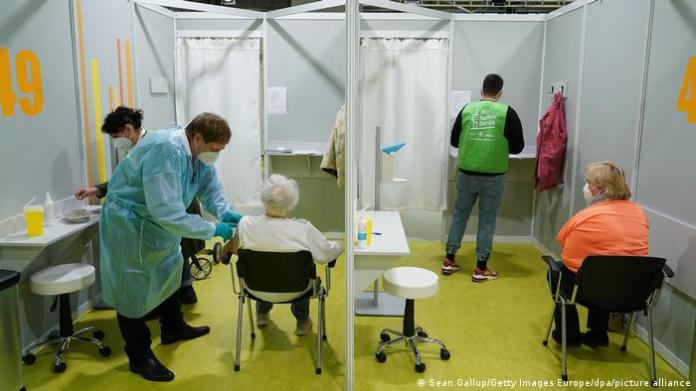 Inoculation is slow in Germany, here on the exhibition grounds in Berlin

Longing to open up here, expert concern there: the first virologists in Germany are said to have spoken out in favor of providing as many people as possible with all available vaccines with a first dose. Just as the UK government did, which has now announced that it will lift all corona restrictions by June. Germany, on the other hand, has so far adhered to the plan of initially providing particularly vulnerable groups such as elderly people in homes, their nursing staff and doctors completely, i.e. with both vaccine doses.

And the well-known virologist Christan Drosten, professor at the Charité in Berlin, pleaded almost pleadingly not to reject the now discredited vaccine from the British-Swedish manufacturer AstraZeneca. Many people are skeptical of it after reports of severe side effects. In his much-noticed podcast on “Norddeutscher Rundfunk” (NDR), Drosten said: “We have to do everything we can to vaccinate as quickly as possible.

The re is always a fly in the ointment somewhere and some people look at it with a magnifying glass. “

But precisely because of the bad image of the AstraZeneca vaccine, the vaccination campaign in Germany is still stalling. On Tuesday, the responsible Robert Koch Institute reported that 3.4 million people have now been vaccinated, in Great Britain there are 15 million, albeit primarily with the first dose.

Will corona vaccination be compulsory? A look at Germany and...

Entrants must register in advance from Friday