The  Astrazeneca active ingredient causes a stir. But a virologist from Giessen defends the vaccine. Switzerland, on the other hand, is considering a radical step.

Update from February 21st, 12.40 p.m .: Switzerland is considering reselling its Astrazeneca vaccine. That reports ntv citing the Neue Züricher Zeitung. Specifically, it is about 5.3 million cans that the government had already purchased.

The  country is apparently responding to the continuing concerns about the vaccine.

The re were doubts about its effectiveness. So far, Swissmedic, the Swiss authority responsible for authorization, has not made a decision but has referred to the need for further data from ongoing studies.

Health Minister Jens Spahn (CDU) only railed against the prejudices against Astrazeneca on Saturday in a public survey.

The  effectiveness would then be 81 percent.

The  Giessen virologist Friedemann Weber breaks with the conversation Focus Online a lance for the Astrazeneca vaccine. After numerous employees of a Braunschweig clinic reacted strongly to the vaccine (see update from February 18, 9:28 p.m.), the concerns are sometimes great. Christian Drosten recently defended the vaccine against criticism on the NDR podcast.

As Weber now pointed out, a violent reaction to the vaccine is a good sign. “That’s the response to the vaccine. People reacted particularly well to it, ”said the Giessen virologist. “That is the first sign that the immune system is kicking in, and that is quite pronounced with all of these vaccines.” This suggests that they trigger a good immune response – which can make people feel sick. So: a good sign.

Update from February 18, 9:28 p.m.: In a Braunschweig clinic, several employees reported sick after a corona vaccination with the Astra-Zeneca active ingredient. 37 of 88 employees were temporarily unable to work (see first report).

The  medical director of the clinic, Professor Karl-Dieter Heller, nevertheless advises the Astrazeneca vaccination, as he now does towards the F.A.Z. explained.

The  doctor made it clear that his employees were fine again shortly after the symptoms appeared: “On Monday everyone was able to work again. Most of them felt good again on Saturday. Nobody was harmed. ”Nevertheless, Heller was surprised by the extent of the side effects:“ We had expected side effects in ten to 15 percent of employees, but ended up with 40 percent. ”

However, this effect is not a cause for concern – on the contrary. Because “the vaccines are obviously so potent that the immune system reacts strongly to them. If you discuss this with a virologist, he will conclude that the vaccination is effective. “

The  vaccination situation had previously been discussed within the clinic staff. Many employees would have liked to be immunized with the Biontech / Pfizer active ingredient, as it is more effective than Astrazeneca’s. Since Biontech / Pfizer is to be used primarily in the older population (65+), the Braunschweig Clinic had to resort to Astrazeneca.

Experts from the Helmholtz Institute for Infection Research ultimately convinced Heller of Astrazeneca: “

The y said very clearly: get vaccinated anyway. Better to be 70 percent effective than not vaccinating. Likewise, a less intensive course is to be expected after the vaccination in the event of the disease. ”

The refore, the doctor continues to appeal to be vaccinated against Covid-19:“

The  vaccine works and its effect is even stronger after a few weeks. Not being vaccinated is definitely worse. “

The  criticism of the vaccine from Astrazeneca does not end, in many cases this has already caused the vaccine dates to be canceled (see update from February 17). After a noticeably large number of employees at two clinics had shown a surprising number of symptoms after vaccination with the vaccine, the clinics even temporarily suspended the vaccine for the Astrazeneca vaccine.

In an interview with Augsburger Allgemeine, immunologist Professor Carsten Watzl explains: “Astrazeneca’s remedy is a very good vaccine, even if the others are a bit better.” While the vaccines from Biontech / Pfizer and Moderna have an effect of around 94 percent achieve, the effect of the Astrazeneca vaccine should be around 70 percent. But as Watzl further explains in the interview, a vaccination with the active ingredient from Astrazeneca also offers greater security than not receiving a vaccination at all.

“One difference between the vaccines is that with mRNA vaccines, these side effects occur more and more frequently after the second vaccination instead of the first one. At Astrazeneca it is exactly the opposite, ”the immunologist continues. However, it is also possible to boost the immunity that was triggered by the active substance of Astrazeneca later with another vaccine. “It would therefore not be a problem to catch up with a third vaccination with an mRNA vaccine.”

Virologist Christian Drosten, on the other hand, speaks out in his new podcast very much in favor of the Astrazeneca vaccine.

The  criticism of the Astrazeneca vaccine has been increasing for days. After a conspicuous number of employees in a clinic reported sick after being vaccinated with the active ingredient, two clinics reacted (see original report). But like virologist Prof. Plachter from the University of Mainz in conversation with image explains, one can be sure that the vaccine works as soon as a body reacts to the administration.

“In principle, the vaccination reaction only means that the immune system is activated and that is a good sign,” explains the expert. Accordingly, it is “complaining at a high level” and “not bad at all” if the vaccinated person feels bad for a few days.

Update from February 17th, 3:20 p.m .: More and more people in Germany and around the world are vaccinating against the coronavirus, but the Astrazeneca active ingredient in particular is now making headlines again. After a noticeably large number of employees reported sick after being vaccinated with the vaccine, two clinics in Germany stopped the inoculation of the active ingredient (see original notification below).

After Federal Health Minister Jens Spahn had confirmed at a press conference in the morning that the incident was now being investigated by the Paul Ehrlich Institute, concerns about the administration of the Astrazeneca vaccine are now apparently increasing. As reported by n-tv, among others, some persons eligible for vaccination are said to have already let their appointment expire before worrying about the Astrazeneca vaccine. “Yes, appointments were canceled with us, people didn’t come,” a spokeswoman for the Paderborn district told the TV broadcaster. According to the NRW Ministry of Health, there is still no nationwide overview of the number of canceled appointments.

As n-tv further reports, after the accumulated sickness reports in clinics, only 8806 doses of the 72,000 Astrazeneca vaccine doses delivered to Lower Saxony are said to have been vaccinated by Tuesday.

The  Ministry of Health in Hanover confirmed this to the TV broadcaster.

Too many employees ill with side effects: German clinics stop Astrazeneca vaccination

Original notification from February 17, 2020: Braunschweig – After the first regions in Sweden had already suspended a vaccination with the Astrazeneca vaccine, the first clinics in Lower Saxony have now also stopped vaccinations with the vaccine. After complaints from a number of clinic employees about side effects, the administration of the active ingredient was stopped at two locations, as reported by owl24.de *.

Corona in Germany: Too many employees report sick after the Astrazeneca vaccination

The  Duchess Elisabeth Hospital in Braunschweig announced on Tuesday that it would postpone planned vaccinations with this preparation. In the meantime, vaccinations with the Astrazeneca vaccine were also stopped at the Emden Clinic. On Tuesday evening, however, the district of Leer gave the green light for the administration of the active ingredient.

The  reason for this: after 88 employees at the Braunschweig Clinic had been vaccinated by Astrazeneca, 37 of them reported temporarily sick because of “vaccination reactions”.

The  vaccination took place on Thursday. For this reason, the clinic stopped any further vaccination with the Astrazeneca active ingredient in order not to endanger operations.

Employees at the Emden Clinic also reported sick after vaccinations. As a result, the district of Leer also initially announced that it would no longer inject the agent. “Because our vaccination doses probably come from the same batch as in Emden,” it said.

Corona in Germany: side effects can occur – but batch problem cause complications?

According to the Robert Koch Institute *, side effects and reactions can occur both with the mRNA vaccines from Biontech / Pfizer and Moderna and with the vector-based Astrazeneca preparation.

The  head of the crisis team in Lower Saxony, Heiger Scholz, was surprised on Tuesday at the increased occurrence of
Side effects. A batch problem cannot be ruled out. So far, the side effects have not been severe, and nobody has had to go to a clinic with complications, said Scholz. Ultimately, the expected side effects are a positive sign – you can see that the vaccine is working.

South Africa had already reported problems with the Astrazeneca vaccine. According to a media report, the country plans to return a million doses of the vaccine. A study showed that the vaccine had only limited effects against the virus mutation discovered in South Africa.

Corona in Germany: Paul Ehrlich Institute informed – the incident is now being investigated

The  Paul Ehrlich Institute responsible for the safety of vaccines has been informed. An assessment of the specific cases is currently not possible, said a spokeswoman for the institute of the “Braunschweiger Zeitung”. It is currently being investigated whether the reactions went beyond what was observed in the clinical trials.

The  manufacturer sees no cause for concern. “Currently the reported reactions are as we would expect them based on the findings from our clinical study program,” Astrazeneca announced on Monday upon request.

Meanwhile, the number of new infections continues to fall, but over 200 employees at an ice cream factory in Osnabrück have now become infected with the corona virus *. * Merkur.de and owl24.de are part of the Ippen-Digital editorial network. 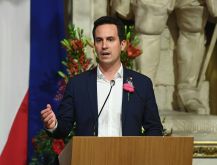 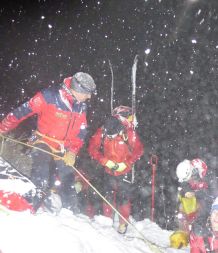 Lotto Hessen: The first two lottery millionaires of the year from...