The  corona crisis is causing upheavals in the economy – and thus also in the labor market. Future apprentices are particularly threatened. Many companies could reduce their training opportunities this year.

According to a new study by the Institute for Employment Research (IAB), Germany is heading for an apprenticeship crisis. Every tenth company capable of training could offer fewer apprenticeship positions in the new training year than in the previous year, the Nuremberg scientists found in their study, which was presented on Monday in Berlin together with the OECD.

“We got away with a black eye last year,” said IAB Director Bernd Fitzenberger of the German Press Agency.

The  number of training places offered was eight to ten percent below the previous year’s level – and the number of applicants has also decreased. “It was much more difficult to reach the young people,” said Fitzenberger, saying that there were no internships and training fairs should have taken place on the Internet.

The  great danger is that the young people fall by the wayside. Only some remain in the school system and aim for a higher educational qualification instead of vocational training.

The  experience: Once a few years have passed between school and the start of a career, the chance for a proper training is usually wasted.

The re is also another fatal aspect: “

The  quality of the training last year has probably also suffered,” said Fitzenberger. Apprentices could not easily be taken to the customer, regular training under the conditions of short-time work and home office is difficult. “If you don’t cook, you can’t learn to cook,” said Fitzenberger.

The  IAB expert not only fears that many young people will fall by the wayside and that their career opportunities will be permanently damaged – with social consequences such as frequent unemployment as a long-term effect.

The  untrained skilled workers will also be missing from the labor market of the future.

Extending the training bonus could help

The  job market and the economy will recover very quickly after the crisis.

The n there will be a shortage of skilled workers,” said Fitzenberger. Experience from the financial crisis of 2009 showed: “

The re is a risk that young people who cannot begin training now will not do so later.”

Fitzenberger spoke out in favor of urgently extending the training bonus and increasing its awareness. “We have to talk about an extension,” he said. However, financial incentives alone were not enough to solve the problem. Internships and career counseling in schools should also be made possible again. “Otherwise we will lose the young people for the training system,” emphasized the scientist.

More than Bond: Which films are cinema fans looking forward to...

Frankfurt schools: WiFi until the end of 2021

Brussels / Leopoldsdorf: This is how we get to the vaccine

Pietro Lombardi: This is how ex-girlfriend Laura Maria lives after the... 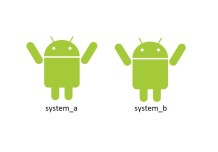 Samsung still does not support “Instant Android Updates” in the Galaxy...

7 facts about the “heating transition” in Germany