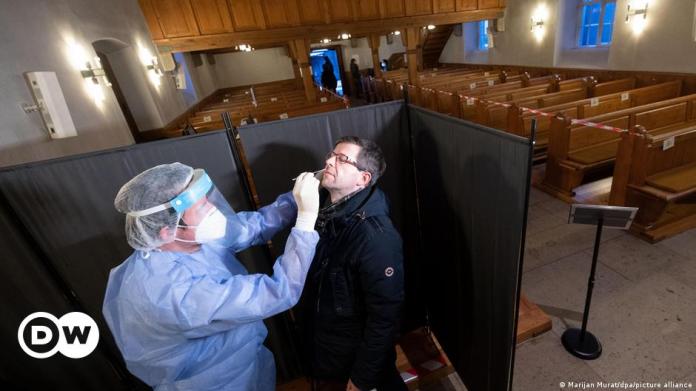 According to a media report, Berlin’s medical officers unanimously demand that easing no longer be linked to general incidence values. It is “not expedient to link containment measures to incidences of 20/35/50”, says the Berlin newspaper “Tagesspiegel”, which cites a statement from all twelve medical officers in the capital. Accordingly, the doctors propose “intensive measures of infection prevention” for the elderly and the sick, in order to be able to mitigate the measures for other groups such as school children at the same time.  The  paper was sent to the Senate Chancellery as a statement at the weekend.

The  common seven-day incidence value indicates the number of new infections in the past seven days.

The se incidences do not reflect the real infection process,” write the medical officers according to the report.

The  incidences are dependent on test capacities and people’s willingness to test. “This leads to fluctuations that do not reflect the infectious situation.” It makes a difference whether incidences are due to cluster outbreaks or widespread contamination and also which age groups are infected.

An incidence analysis based on age groups is necessary as an “early warning system”. According to the “Tagesspiegel”, there was a “big difference” between the group of medical officers, whether there was a seven-day incidence of 50, all infected children and people over 80 were already vaccinated, or if the incidence was 50 especially risk groups are affected.

The  head of the Advisory Council in Health Care, Ferdinand Gerlach, also criticized the one-sided orientation towards the incidences, because they also depend on the test frequency. It is better to observe and test “representative cohorts”, he told the news portal “

The Pioneer”. “If we know how great the risk of infection is at work, at school, when shopping, in the cinema, in a museum or in public transport, we can react more specifically and don’t have to shut down an entire economy,” said the doctor, who is also the Federal Minister of Health Jens Spahn advises.

In view of the increase in the number of corona infections in Germany, however, World Medical President Frank Ulrich Montgomery warned against further easing of the restrictions. Anyone who talks about easing in times of increasing reproductive values ​​of the corona virus is acting “absolutely irresponsibly,” said Montgomery to the newspapers of the Funke media group. With every relaxation there will be a “significant increase in the numbers”.

Both the so-called seven-day incidence and the reproductive value have recently risen again in Germany.

The  seven-day incidence is the number of new infections per 100,000 inhabitants over this period.

The  R value describes how many other people an infected person infects on average. If the R-value increases to a value greater than 1.0, which was the case last, the number of new infections every day increases. 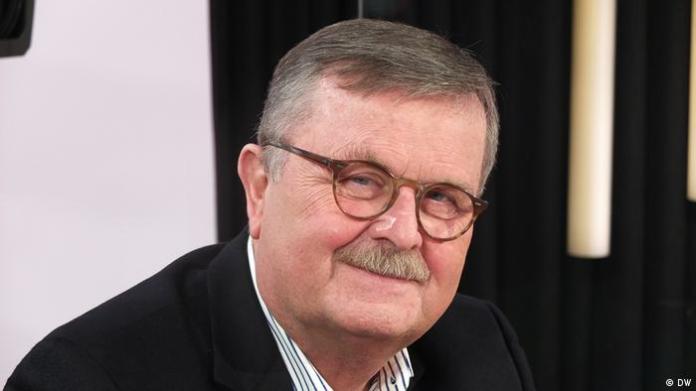 Montgomery explained that if the R value is clearly above 1.0, there is a risk of “exponential growth” again as the virus spreads: “And that is exactly the case now.”

The  virus has reached a new level with its mutations. Not only is it more contagious, it is also likely to lead to more severe disease processes.

In response to the development, the President of the World Medical Association called for vaccinations to be accelerated. Vaccine doses that would not be called up in the first priority group should now be used immediately in the second group. “We mustn’t stick to the vaccination sequence slavishly here,” warned the doctor.

The  health authorities in Germany reported 4,369 new corona infections to the Robert Koch Institute (RKI) within one day on Monday. In addition, 62 more deaths were recorded within 24 hours. That comes from the numbers of the RKI from Monday. Exactly one week ago, the RKI had recorded 4426 new infections and 116 new deaths within one day. On Monday, the number of cases reported by the RKI is usually lower than on other working days, partly because fewer tests are carried out on the weekend.

The  number of new infections reported within seven days per 100,000 inhabitants (seven-day incidence) was 61.0 nationwide on Monday morning – and thus slightly higher than the previous day (60.2). Four weeks ago, on January 25th, the incidence was 111.2. Its previous high was reached on December 22nd at 197.6.

Since the beginning of the pandemic, the RKI has counted 2,390,928 detected infections with SARS-CoV-2 in Germany.

The  total number of people who died of or with the involvement of a proven infection rose to 67,903.

Many schools are reopening

After about two months of closure and emergency care, daycare centers and primary schools will open again this Monday in another ten federal states. Federal Education Minister Anja Karliczek supports this. “It is a good thing that many schools in Germany are gradually starting classroom teaching again,” she told the German press agency. Classroom teaching cannot be replaced by anything. “Children, especially younger ones, need each other.”

In view of the increasing number of infections, the CDU politician called on “to take all available means to prevent virus transmission” in order to be able to keep the school going in the next few weeks.

The  latest development in the number of infections deserves great attention, said Karliczek and also referred to the feared spread of new virus variants. “That must also be taken into account when running schools. But I am sure that the federal states will take this into account in their decisions to open schools.”

She had already spoken out in favor of a higher prioritization in the vaccination of primary school teachers and kindergarten teachers. Federal Health Minister Jens Spahn wants to discuss this with his country colleagues in the afternoon. In addition, the so-called Corona Cabinet advises the federal government on rapid tests by trained staff for everyone.

The  pending decisions are being overshadowed by the increase in the number of infections – and by a now growing criticism of the value of new infections as a guideline for political action.

Inter Milan new Serie A leaders thanks to Lukaku

New jungle show before the starting shot – this fan favorite...