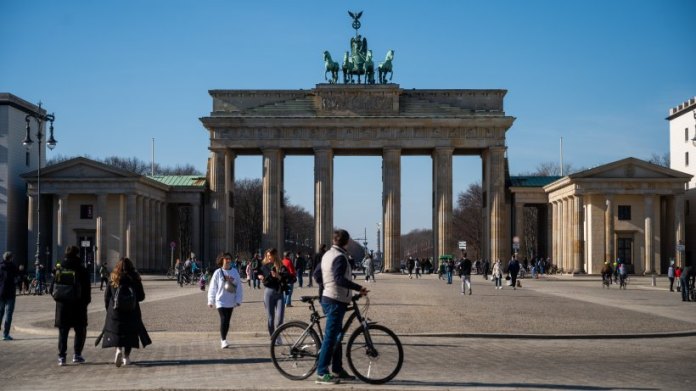 In Berlin, 5320 people are currently infected with the coronavirus, the incidence is 57.2. News and figures in the news blog.

The  corona pandemic still has Berlin under control. Vaccinations, incidence, number of cases, lockdown: in our news blog we keep you up to date on the current corona situation in Berlin and Brandenburg. Current information on the corona pandemic in Germany, Europe and the world can be found in this news blog. 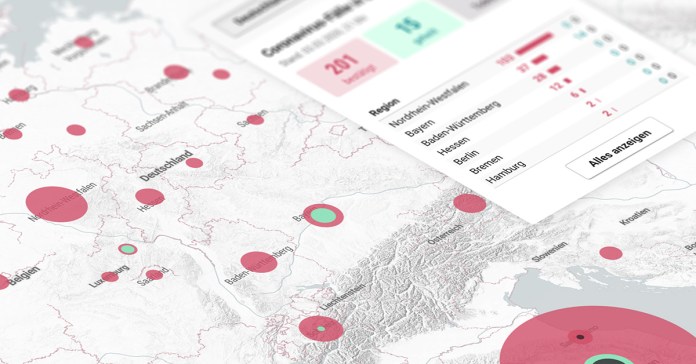 The  coronavirus in Germany and worldwide Where did the virus break out, how many infected people are there already? Our interactive map shows the Corona situation – from China to Lower Saxony.

Twelve other people died in Berlin as a result of a coronavirus infection.

287 new infections were confirmed, 73 on Sunday. No new cases were reported for the Lichtenberg district on Monday. We have 5320 current Corona cases in Berlin, 5535 on Sunday. 119,125 people are now considered to have recovered.

The  Berlin Corona traffic light for the proportion of intensive care beds occupied by Covid 19 patients is still on yellow at 19.5 percent.

The  value for new infections is still red at 57.2.

The  traffic light for the area of ​​the reproduction number shows 1.24 green.

The  number of corona cases in the Berlin districts

The  incidences in the Berlin districts

In Berlin, chronically ill people over 65 years of age and police forces should also be able to be vaccinated against corona to a greater extent. Health Senator Dilek Kalayci (SPD) said on Monday on RBB broadcaster Radioeins. She pointed out that more than 15,000 doses of Astrazenca vaccine had already been distributed to hospitals. “From today we want to make 12,000 vaccination codes available to the police.”

Kalayci also announced that it should be possible for chronically ill people over 65 years of age to have a vaccination appointment with a certificate. In this case, however, Astrazeneca is not intended as a vaccine, said a spokesman for the health administration.

The  decision on details of the vaccinations for older chronically ill patients should be made on Monday after consultation with the Association of Statutory Health Insurance Physicians.

After a weekend with spring temperatures, the Berlin police recorded 244 reports of violations of the Corona rules.

The  administrative offense reports were written from Friday to Sunday, the police said.

The  majority of the residents adhere to the regulations and pay attention to hygiene rules and minimum distances.

The  Mauerpark was a focus of city-wide controls, the police said. Up to 7,000 people were here in the afternoon hours on Sunday.

The  ban on alcohol in green spaces had been disregarded, and there had been some barbecues. Because the Corona distance rules were not observed, police officers checked the entrances to the park and pointed out the rules with loudspeaker announcements. Administrative offense proceedings have been initiated.

In Wilmersdorf, around 100 people watched a musical performance on Nikolsburger Platz. According to the police, some passers-by did not keep the safety distance and occasionally did not wear a mouth-nose cover. After a musician was banned from performing, the crowd broke up.

The re was also a complaint here.

3 p.m.: We are starting our new Corona news blog for Berlin

All previous news and developments on the coronavirus pandemic in Berlin and Brandenburg can be found here in our previous news blog.

Schumacher dilemma in Formula 1 – Ferrari and Haas fail at...