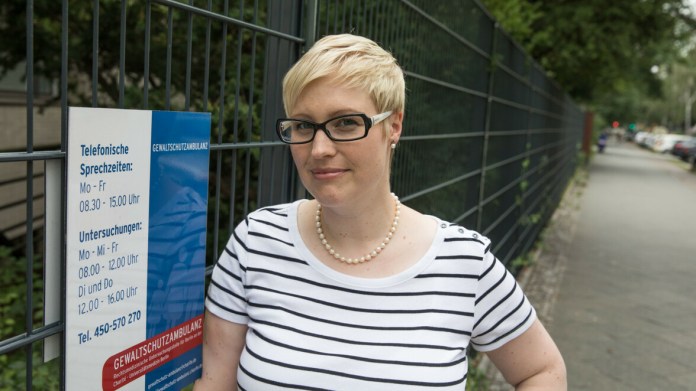 In the Corona year 2020, exactly 1,661 victims sought help from the Berlin violence protection outpatient clinic. That was 119 cases more than in 2019, said the justice administration at the request of the German press agency. Not that many cases became known during the lockdown, but they increased with the easing.

The  doctors found injuries due to blunt force such as skin bleeding and abrasions. Partly there were broken bones.

The  doctors repeatedly documented injuries caused by violence against the neck.

During the first lockdown in March 2020, the number of cases of domestic violence fell by almost a quarter compared to March 2019. But with the easing, more victims came to the violence protection clinic again.

After the end of the first lockdown, the number of cases rose by almost 30 percent in June compared to the same month of 2019.

The  development has continued. From November, the cases fell significantly again because of the renewed lockdown, it said. Affected women would have less chance than usual to call for help. With children, social control from outside is minimized. Limited contacts increased the risk of no longer resolving conflicts constructively.

Justice Senator Dirk Behrendt (Greens) said that unfortunately it must be assumed that after the end of the lockdown, the violence will become visible again and the number of cases will increase. Particularly in times of pandemics, the following applies: “Anyone who is exposed to violence must not be left alone”.

Despite Corona, the outpatient clinic opened at the beginning of 2014 with seven doctors was and is open without restrictions. Strict hygiene rules apply.

The  facility that belongs to the Charité is now given a longer-term perspective. Behrendt and the CEO of the Charité, Heyo K. Kroemer, signed an agreement on financing. “That offers security beyond 2021,” said the Senator. This year, the justice administration will pay just under 1.2 million euros for the ambulance.

Both children and adults can have their injuries documented by forensic doctors confidentially and free of charge. You don’t have to decide immediately whether to report the perpetrator. Documentation also counts when it comes to a court hearing. More than 7,000 cases of violence have already been investigated.

After the first lockdown, the deputy chief of the ambulance, Saskia Etzold, said that there were almost only serious cases. According to her, however, the decline in sexual offenses by third-party perpetrators was noticeable, as clubs and bars are closed.

“Highlights at the turn of the year” at Amazon – UPDATE

Porr and Strabag commissioned with underground expansion in Vienna – urban...

Cultural scene with cancellations and postponements