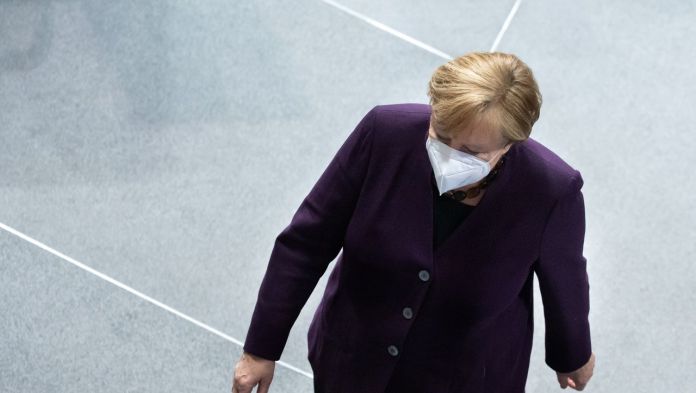 According to SPIEGEL information, Chancellor Angela Merkel (CDU) has pleaded for a cautious strategy for possible openings in view of the concerns of a third corona wave. Opening steps would have to be cleverly introduced coupled with increased tests, said Merkel, according to participants in online consultations of the CDU presidium.  The  citizens are longing for an opening strategy, she understands.
Merkel made it clear that she saw three areas for which packages of an opening strategy had to be put together. On the one hand it is about the area of ​​personal contacts, on the other hand it is about schools and vocational schools as well as a third package with sports groups, restaurants and culture.

The  presidium also discussed the possibility of how family and company doctors could be involved in vaccinations, it said. Health Minister Jens Spahn has made it clear that this only makes sense if, as with the flu vaccination, 3 to 5 million vaccine doses are available per week. Overall, the assumption of costs by the federal government, which is planned from March 1, could help with the corona tests. He made it clear that the first approvals for self-tests will be available from next week. According to SPIEGEL information, Spahn said he had offers from drugstore chains for rapid tests on the table.

The  curve of new infections showed up for the fourth day in a row on Sunday – despite the lockdown that has been in place since mid-December. On Monday, the Robert Koch Institute (RKI) reported hardly any change: within one day the health authorities reported 4,369 new infections, a week ago it had been 4,426. At the same time, however, the number of new infections reported within seven days per 100,000 inhabitants (seven-day incidence) continued to rise, to 61.0 nationwide.

Despite the corona crisis: SNB records a profit of CHF 21...

Tojners Montana Aerospace is apparently planning an IPO in Switzerland |...

Battle for Bikini Bottom Rehydrated ”from January 21st, 2021 for iOS...