An international team of researchers has found that through the Corona-Pandemie 20.6 million years of life have been lost so far. “In a global comparison, people in their middle of life and in early retirement contribute the largest share of the total years of life lost,” says Mikko Myrskylä, Director of the Max Planck Institute for Demographic Research (MPIDR) in Rostock.For the evaluation, 1.2 million deaths from 81 countries were examined to determine the age of the people who died of Covid-19. It was examined how much their lives were shortened compared to the average life expectancy.
People under 75 therefore lose the most life when they die of Covid-19.

Start-up Personio is becoming a unicorn with more capital

Can you recognize Covid-19 by the tongue? 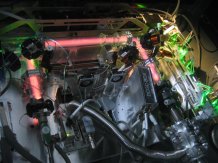