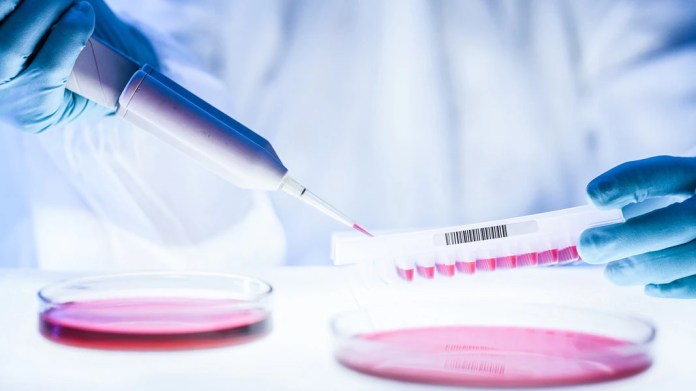 In Schleswig-Holstein, the incidence, which describes the new infections per 100,000 inhabitants in the past seven days, rose again slightly – to 51.0. According to an estimate by the Robert Koch Institute (RKI), around 35,800 people from Schleswig-Holstein have recovered. According to the current Statistics from the state registration office have so far resulted in 1,206 deaths in connection with the viral disease Covid-19, as many as the day before.

Corona: Infections according to circles in SH

348 people who have tested positive for Corona are currently being treated in the country’s hospitals. That is eleven less than the day before. 77 of the Covid patients are in intensive therapy (+3), 47 patients need ventilation (+4).

Vaccinations against the coronavirus

People in Schleswig-Holstein have been vaccinated against the coronavirus since December 27, 2020.

The  vaccination rate shows what percentage of the population has already received the first of the two currently required vaccinations.

A region above the 100 incidence

According to the calculation of the state registration office, the weekly Corona incidence is highest in Flensburg (173.0) – followed by the Duchy of Lauenburg (79.3) and the Schleswig-Flensburg district (68.1). Nowhere in Schleswig-Holstein is the threshold of 200 new infections per 100,000 inhabitants exceeded within seven days.

In Flensburg, it has been in effect since Saturday due to the persistently high number of corona infections initially a night curfew for a week. Between 9 p.m. and 5 a.m., the house and apartment are only allowed to be left for a valid reason, such as to visit the doctor or to go to work. In addition, only members of one household are allowed to meet in public and in private in Flensburg. Primary schools and daycare centers in the city and in the Schleswig-Flensburg district will be closed until February 28th.

The  following map shows the utilization of the intensive care units in Schleswig-Holstein – summarized at the level of the districts and urban districts. If you select a region (touch or click), you will find out exactly how high the load is there and you will receive information on how many corona patients are being treated in the intensive care unit and how many are being ventilated.

The  status of the date in the table must be observed. Due to delays in the reporting process, the information provided by the clinics or the DIVI intensive care register may differ.

The  infection rate is very different in the counties and urban districts in Schleswig-Holstein. A district or an urban district is considered a risk area if the threshold of 50 newly reported infections per 100,000 inhabitants is exceeded within seven days. If the value exceeds the marks of 200, further restrictions should be ordered. This value is very dynamic and can change every day with the new information about reported infections.

On the following map you can see the infection rate in the counties in the five northern German states.

The  figures are based on data from the Robert Koch Institute (RKI).

The y were sent to the RKI the day before the specified date. This makes them the most recent comparable values ​​that we can access automatically.

The y are not as up-to-date as the numbers that the circles publish on their pages.

The  information can therefore differ slightly from one another.

The  NDR also uses the numbers according to the report date, i.e. the moment they are available to the RKI. To see the values ​​in the circles, move the mouse over the districts (desktop) or tap on the corresponding circle (smartphone and tablet):

The  state government’s statistics show how many confirmed corona infections are known to the authorities in the country and were reported via the intended route. What the statistics cannot clearly show, let alone the current day, is the speed at which the virus is spreading. Because the number of people who have newly tested positive usually also includes post-reported cases from several days.

The re are delays in the reporting chain, especially around weekends and public holidays. Russian vaccine for North Rhine-Westphalia: When will “Sputnik V” come to...

Frank Fussbroich is disappointed with his end

The year of the ITF World Tennis Tour in numbers: Players...

Coronavirus in the capital: Berlin, according to Tagesspiegel figures, with an...