A new corona study worries: More than 20 virus mutations were found in a Covid 19 patient. He suffered from the disease for five months.

American researchers have examined a particular case that suggests that even individual people may, under certain circumstances, be many Virus variants can produce.

USA: Man suffers from corona for five months – and dies

The  study in the New England Journal of Medicine examined a 45-year-old man who was seriously ill with antiphospholipid syndrome, one of the most common worldwide Autoimmune diseases. When he had to be taken to a hospital with a high fever, one was put there Corona infection firmly.

The  man was released five days later. But the 45-year-old didn’t really get well.

For five months it was alive and multiplying Viruses carried in itself, researcher Jonathan Li told the US broadcaster NPR. Again and again the patient had to be treated in the hospital because he was under Shortness of breathSuffered from fatigue and abdominal pain. Despite various methods of treatment, including artificial respiration and an antibody cocktail, the man eventually died after 154 days in a shock and Apnea.

Before his Tod the 45-year-old was always positive Corona tested. When sequencing the genetic makeup of the viruses, however, it became apparent that new mutations were constantly forming in the patient’s body.

The  antibodies simply did not succeed against the new variants that were created over and over again. In the end, the researchers turned the USA over twenty Coronavirus-Varianten fest.

How NPR reported after the publication of the study made a disturbing discovery: the variants that had formed in the body of the American patient are similar to those on other continents. This led to the theory that the virus was Sars-Cov-2 in people with Immunerkrankungen can develop easily. Should such a variant spread to other people, it could spread further and cause further difficulties in the already exhausting one Corona-Krise sorghum (Nail Akkoyun) * hna.de is part of the nationwide Ippen digital editorial network.

Infected with the British virus mutation?

Corona lockdown: Merkel plan leaked before the summit – decision for...

Belarus – Protests with balloons against Lukashenko

The federal and state governments are extending the lockdown and sending... 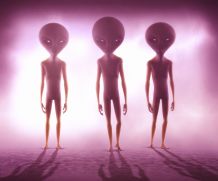 Researcher sure: this is how alien existence can be proven –...

USA: Hollywood stars outraged by storming the Capitol in Washington

Bronze for Liensberger in the giant slalom, gold went to Swiss...