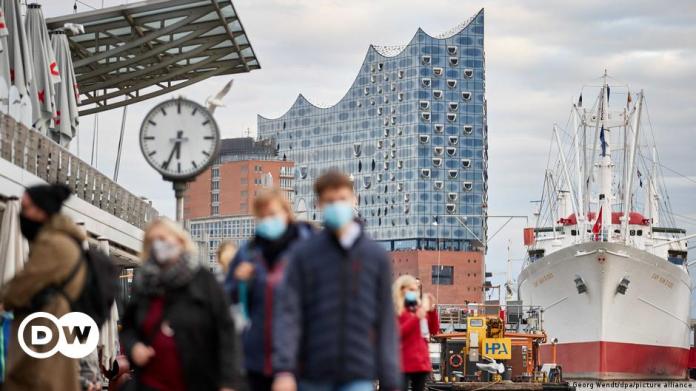 The federal and state governments want to decide on a joint opening concept in the middle of next week, which is supposed to make things easier for the citizens. Until then, however, the wild growth threatens to bloom during the corona measures. While some politicians are calling for a concrete step-by-step plan to exit the corona measures and rushing ahead with corresponding ideas, Hamburg is tightening its mask requirement again.

In view of the increasing number of corona infections and the increased occurrence of virus mutants, it must be assumed that from the weekend masks will have to be worn in all places in the city of Hamburg where distances cannot be maintained, said Senate spokesman Marcel Schweitzer. That was decided by the Senate. This applies in particular to heavily visited places such as the Stadtpark, Jungfernstieg or Landungsbrücken. The red-green Senate has not decided to relax – such as the early opening of flower shops and garden centers, which has often been called for. “We cannot answer for that.” Schweitzer also announced priority checks by the police.

Without mouth and nose protection, almost nothing works in public

It looks different in Bavaria. From the beginning of March, the Free State will again allow body-friendly services. From then on, the same regulations would apply to providers of foot care, manicures or facial care as to hairdressers, said State Chancellor Florian Herrmann (CSU). In the trade, garden centers, flower shops, garden centers, tree nurseries and hardware stores are again allowed to receive customers. In addition, music schools are once again allowed to offer one-to-one lessons in regions where the incidence is below 100.

At the same time, Herrmann admitted that the corona mutants are spreading ever further. In the seventh calendar week, changes in the spike protein were found in 151 of 365 corona samples examined. That corresponds to a share of 41.4 percent. “Speaking soberly, we are dealing with a second epidemic,” said Herrmann after a cabinet meeting.

Hotel openings for guests with a negative corona test?

Bavaria’s Minister of Economic Affairs, Hubert Aiwanger, also made a statement after the cabinet meeting in Munich. From Easter, in his opinion, hotels and restaurants should again be able to accommodate guests with a negative corona test. “There must be a perspective here towards Easter,” said the head of the free voters. When asked, Aiwanger stated that an orderly opening of the outdoor catering “towards Easter” was also a “strategic move”. In this way, people’s needs for more stays in the fresh air in spring-like weather could be satisfied “in an orderly manner”.

In Rhineland-Palatinate, shopping in clothing stores should be possible again from March 1st by appointment. According to Prime Minister Malu Dreyer, individual appointments could be assigned by prior agreement and only one household could enter the shop. “This is a perspective for clothing stores and bridal shops, for example.” For the individual appointments, the mask requirement and the obligation to record contacts apply. 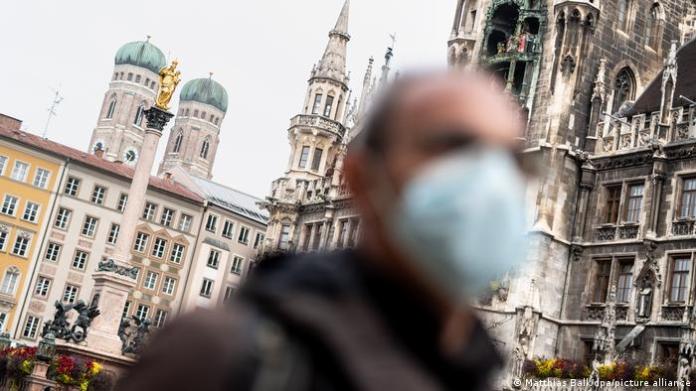 On the Marienplatz in Munich

Overall, there is great concern about the spread of particularly contagious coronavirus variants in Germany, even if the mutants have long since arrived in Germany. Therefore, the border controls criticized by the EU at the crossings to the Czech Republic and the Austrian state of Tyrol will be extended until March 3rd. The two areas mentioned had been declared by the federal government to be so-called virus variant areas.

Laschet hopes to win over Corona by February 2022

The new CDU chairman, North Rhine-Westphalia’s Prime Minister Armin Laschet, is now thinking in significantly longer time scenarios and expressed the hope that the corona pandemic and its effects will end in one year at the latest. He hoped “that we will have so many vaccinations that we will be back to normal life and maybe celebrate Carnival again,” said Laschet in Düsseldorf. And he also made it clear that during their consultations with Chancellor Angela Merkel in the coming week, the prime ministers of the federal states will show prospects for a further easing of the lockdown. “That a perspective is recognizable, where will it go, that is what I expect at this Prime Minister’s Conference,” says Laschet. “For openings, more factors than incidences should play a role.”

The Robert Koch Institute (RKI) reported 3883 new positive tests for the SARS-CoV-2 pathogen this Tuesday. That is almost 30 cases more than a week ago. The so-called seven-day incidence drops slightly to 60.5 from 61.0 last. The goal of the federal and state governments is a value of 50 in order to relieve the health system. From a permanent value of below 35, they have promised further lockdown openings.

Corona: What a 15 km radius would mean