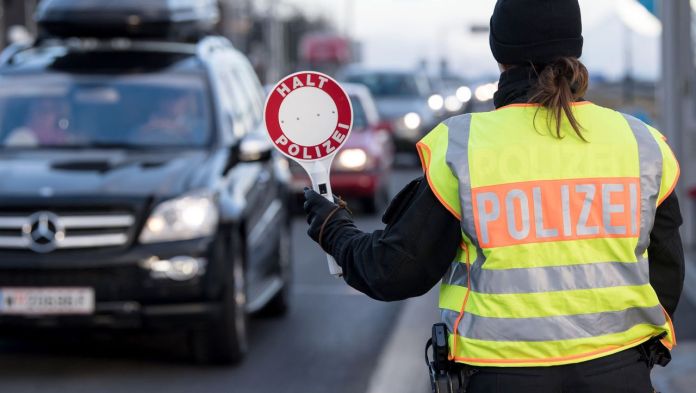 The  federal government will declare the Czech Republic and the Austrian state of Tyrol to be virus mutation areas.

The  Federal Ministry of the Interior confirmed this on Thursday afternoon.

The  result is far-reaching entry restrictions for people from these two countries. You are only allowed to enter the country in absolute exceptional cases and with a negative corona test.

The  federal police are already preparing to set up stationary border controls to the Czech Republic on Sunday night.

The re are already stationary controls at the border with Austria because of the migration movements. “

The  reintroduction of internal border controls is necessary in order to prevent the virus from entering Germany as far as possible,” said the Interior Ministry.

This repeats what the federal government actually wanted to avoid: that because of the corona pandemic, as in spring 2020, inner-European borders will be sealed off again.

The  step should take place at the explicit request of Bavaria and Saxony. For days there had been growing concern that virus mutations were being introduced from neighboring countries. Several politicians had already discussed border closings in the past few days.

“We cannot close all shoe stores in Germany, but allow the unchecked entry of virus variants from abroad and celebrate Carnival,” said Federal Interior Minister Horst Seehofer now to the “Süddeutsche Zeitung”.

The  dangerous South African variant is common in the Austrian state of Tyrol.

The  federal government is currently coordinating which persons may be subject to exemptions from the entry ban.

Flights, bus and train rides from the mutation areas would be completely prohibited. This already applies to travelers from Great Britain, Portugal, Ireland and South Africa. In the case of the Czech Republic and Tyrol, “in my opinion, stationary controls are indispensable, as we work with rejections at the borders,” Seehofer told the SZ.

FC Bayern & BVB: Draw for the CL quarter-finals in the...

Merkel explains new corona rules: “We are not powerless” – domestic...

That was the announcement by Nintendo Direct on February 17th, 2021...

Kanye West ensures trouble between the federal government and Zurich