A corona outbreak has occurred in the Stadtsparkasse Munich. 21 employees were infected, six of whom are suspected of having a mutation.

Update February 17, 2:35 p.m.: Joachim Fröhler, press spokesman for the Stadtsparkasse, writes down tz.de– Inquiry: “In the meantime, the first colleagues from quarantine are returning to work in order to resume their work.” became known through a report by the affected worker.

“Employees are obliged to inform their employer immediately if they have become infected with the coronavirus. In this way we learned of further infections in this area in the following days, ”writes Fröhler. A total of 210 employees work in the management.

The  Stadtsparkasse offered quick tests for all other employees in the department “on a voluntary basis” and assumed the costs for them.

“Almost all employees present gladly took advantage of this offer in order to maintain security for themselves and their colleagues,” explains the press officer. All of the quick tests carried out would have given a negative result. Fröhler: “We have had a total of four corona infections in three other areas since February.” However, these had nothing to do with the infections in the call center, as these other areas were spatially and organizationally separated from the call center.

First report from February 17th, 12:34 p.m .: Munich – A corona outbreak occurred in the call center of the Stadtsparkasse Munich: In the open-plan office on Ungererstraße, 21 employees were infected with the virus in the first week of February. According to information from Süddeutsche Zeitung After a screening PCR, six of the employees concerned are suspected of having the British corona mutation B.1.1.7 *. A confirmation by genome sequencing is still pending.

The  employees concerned were only employed in an area without personal customer contact.”

The  call center is limited to telephone and video calls – the infection of customers can thus be excluded. “In addition, the infections were several days ago,” says Fröhler.

The  first employees were allowed to end their quarantine – the remaining colleagues had been tested for infections with rapid tests *. No other cases were discovered.

Coronavirus: Outbreak in Stadtsparkasse Munich – that is known so far

According to the press spokesman, the infected colleagues are mostly well and the majority have shown no symptoms. According to information from Süddeutsche Zeitung 18 other people were infected with the coronavirus in the private environment of those affected – “13 of them with suspicion of the British variant”.

The  newspaper also reports on six infected people in other departments of the Sparkasse. A statement from the Sparkasse is still pending.

General home office * for call center employees is not possible, according to Fröhler. “In addition to the security of data protection, the IT in the office is also not designed for working at home.” While individual telephones can be redirected to cell phones, this is not possible with a complex call center. “Customers are put through to the next freelance employee – that only works with the in-house telephone system.”

For reasons of infection protection, half of the 210 employees in the Media Sales Directorate had already been distributed to two other locations last year. Distance rules, masks, disinfection and partitions should have done the rest. How the corona virus and its mutation got into the house is still unclear.

According to Federal Health Minister Jens Spahn, the British corona mutation * is now found in around 22 percent of corona tests in Germany. A few weeks ago, the proportion was around six percent.

The  Corona mutation from Great Britain is considered to be much more contagious than the previously known Corona original version – and is possibly also more dangerous. (nap) * merkur.de and tz.de are part of the Ippen-Digital network.

Corona vaccination centers: This is the status in Northern Germany |...

This is how Cathy Hummels explains her absence to her son... 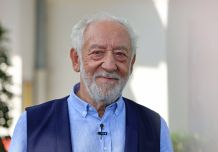