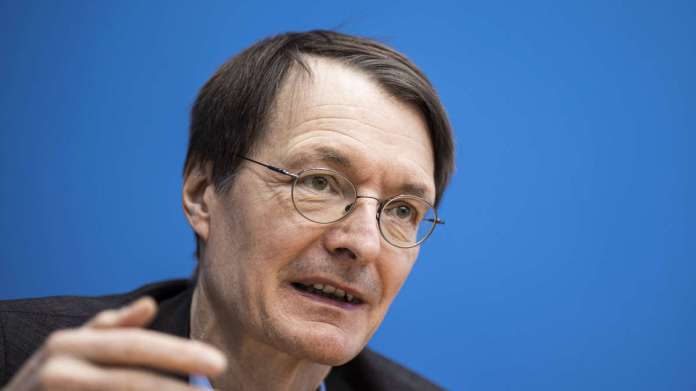 The  coronavirus mutations are on the rise. In Germany, too, a variation is particularly prevalent. SPD health expert Karl Lauterbach has the next forecast.

Munich / Berlin – It is probably more contagious and was first discovered in Great Britain: the coronavirus mutation B.1.1.7 *.

The  variant is spreading rapidly in Germany.

The  share of the British corona mutation in new infections is now 22 percent. Federal Minister of Health Jens Spahn (CDU) said on Wednesday. Two weeks ago this proportion was still six percent. “We have to expect that the variant could soon become the dominant one for us too,” said Spahn.

Coronavirus variant B.1.1.7 is spreading strongly in Germany

A mutation that first appeared in South Africa (B.1.351) now has a share of 1.5 percent, according to data from the Robert Koch Institute (RKI).

The  RKI data on the British corona mutation B.1.1.7. at least confirm the concerns of experts.

The  latest developments in Flensburg (Schleswig-Holstein) show how explosive the situation is.

The  number of infections there has risen massively in a short time, presumably because of the corona mutation. Virologist Christian Drosten had already spoken about the changed variants in his first “Coronavirus Update” NDR podcast * in January and described the first findings as “very remarkable”.

SPD health expert Karl Lauterbach * also expresses concern about the coronavirus mutations. According to the epidemiologist, the number of infections will soon rise again.

“We are in a situation where our lockdown is enough to push back the wild-type variant”, Lauterbach explained in an interview with moderator Alfred Schier at “phoenix personally”, as the broadcaster announced in advance. “But the mutation variant is slowly crawling up and at some point in mid-March it will be so widespread that then probably – mid-March / end of March – the total numbers will rise again.”

The se new mutations from England and South Africa and their combination of the two are “more contagious and probably more deadly”.

The refore, the incidence value of 35 is also useful.

Since the beginning of the Corona * pandemic, Lauterbach has repeatedly urged caution and appeals to common sense in the population. His predictions are highly valued by some. Others, however, categorically reject his expertise and suggestions.

“I don’t want to dwell on assigning blame, but rather stay positive and contribute to ending the pandemic,” said Karl Lauterbach in Merkur.de* Interview, which incidentally took place before the “Corona-Watschn” of the FC Bayern coach. He is sure that Germany will have to deal with corona mutations in the future.

The  57-year-old considers the spread of a combination mutation in Germany to be particularly dangerous.

The  British partially carry the escape variant from South Africa, and that is the most dangerous, Lauterbach explained in the Merkur.de *-Interview. This combination mutation is as contagious as the British and as immune to defense as the South African mutant.

The y have a kind of protective screen against the body’s immune cells, which the other variants are not as strong. This so-called escape mutation is a kind of new virus for the body.

“I also believe that a third wave that is slowly building up in March can hardly be prevented, but it is up to us and our dealings to determine how strong it will be”, Lauterbach warned in the Merkur.de-Interview.

The  politician is a guest in numerous talk shows. At “phoenix personal”, health politician Karl Lauterbach speaks about the dangers of virus mutations, the lockdown and the recent hostility on the internet as well as the Bayern coach Hansi Flick (“Phoenix in person” with moderator Alfred Schier runs during the night of Saturday, February 20, 12:00 am).

Where do the corona mutations spread?

The  RKI is now observing the corona mutations in Germany, trying to record and assess the situation. Up until now there was no special database in Germany. Mutations in this country were hardly monitored. That should change now. A report on the virus variants of Sars-CoV-2 is planned every two weeks.

The  Berlin institute has announced the next one for the 8th calendar week (February 22 to February 28, 2020).

But can the risk of B.1.1.7 and other corona mutations even be calculated? Corona mutations are not automatically recognized if the test is positive. Virus variants can only be detected after so-called genome analyzes, or sequencing. And: not every positive corona PCR test is technically suitable for sequencing, reports the RKI.

Corona mutations have so far been detected in all 16 federal states.

The  RKI published a table in its current report. Accordingly, data was recorded from January 1st to February 15th. However, the RKI points out: “

The re may be discrepancies between the data reported by the state authorities and the RKI, since the transmission of the IMS-ID is not yet complete, especially for sequenced cases.”

According to this, NRW, Bavaria, Baden-Württemberg and Thuringia are particularly affected by variant B.1.1.7.

The  South African mutation B.1.351 is significantly less common in comparison. But here NRW and Bavaria also top the table.

The  University Hospital of Münster (UKM) has now published a study on corona mutations with a view to North Rhine-Westphalia. 933 positive corona smears (the reference date was January 27, 2021) from 53 districts in North Rhine-Westphalia were examined for genetic changes using genome sequencing.

The  British variant B.1.1.7 occurred most frequently, the university said.

The  border region with the Netherlands was little affected.

“We have not been able to detect any significant accumulation of the British virus variant directly behind the border in German territory,” said study director Prof. Alexander Mellmann in a UKM press release on the results. However, the analyzes have shown a concentration of the corona mutants in North Rhine-Westphalia.

The  more contagious corona mutants are spreading in the metropolitan areas along the Rhine and Ruhr. “In case of doubt, (air) travel leads to a different dynamic than, for example, in the Hochsauerland district,” said Prof. Mellmann, head of the Institute for Hygiene at the UKM. (ml) * Merkur.de and tz.de are part of the Ippen-Digital network Argentina’s politics want to name the street after Maradona

United States put Cuba back on the terror list

Finally her comeback? Sophia Thiel is back on Instagram! 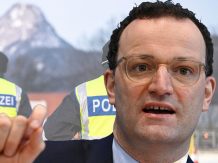 New entry rules: Children under the age of 12 are now...