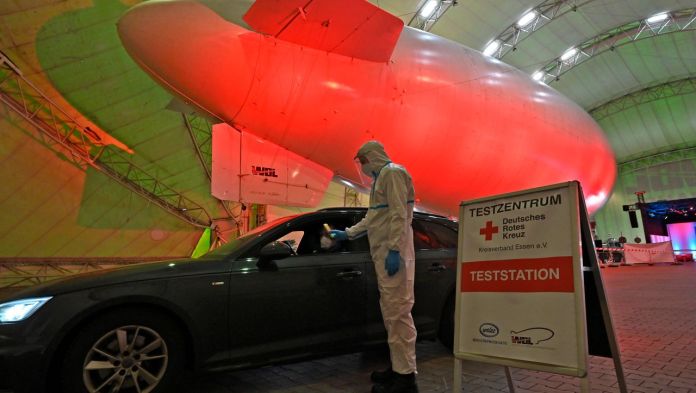 The  lockdown should be lifted at midnight local time (12 p.m. CET), Prime Minister Jacinda Ardern announced on Monday. A three-day lockdown was imposed in Auckland because of three new infections. In addition, Ardern had ordered a nationwide obligation to wear mouth and nose protection.

Because of extremely strict measures and close contact tracing, New Zealand has come through the pandemic well so far. In the island state in the South Pacific with almost five million inhabitants, there were only 2001 cases and 26 deaths. A new case was reported on Monday.

The  Ministry of Health announced that the patient has been in quarantine since Friday. Vaccinations started in New Zealand last week.

Primary schools and daycare centers are opening in more countries

5.30 a.m .: After openings in Lower Saxony and Saxony, daycare centers and elementary schools are resuming or expanding their operations with face-to-face teaching in another ten federal states. Lessons should either take place alternately with half classes that come to school alternately, or in full operation with fixed groups that should not meet if possible. More or all of the children are looked after in the daycare centers. Each federal state regulates the details for itself.

“It is good that many schools in Germany are now gradually starting classroom teaching again,” said Federal Education Minister Anja Karliczek. Classroom teaching cannot be replaced by anything. “Children, especially younger ones, need each other.” In view of the number of infections, however, the CDU politician called for “taking all available means to prevent virus transmission” in order to be able to keep the school going for the next few weeks.

The  tax relief planned by the coalition does not go far enough for business associations. You are again calling for a significant expansion of the tax loss carry-back. According to the dpa news agency, in a statement on a hearing in the Bundestag’s finance committee this Monday, “According to the current status, the year 2021 will also be a challenging year, and for some companies even threatening their very existence.”

The  grand coalition wants to give companies with corona-related losses more support. With an extended loss carry-back, you will be able to offset these losses in your tax return more extensively than before with profits from previous years. It is planned to double the loss carry-back – to a maximum of 10 million euros or 20 million in the case of joint investments.

However, the associations want a more significant increase in volume and, above all, an extension of the period. When considering the corona-related losses in 2021 for tax purposes, it is imperative to enable the loss to be carried back at least two years, it said. This would improve the company’s liquidity.

Newspaper: Federal election will be more expensive than ever because of Corona

3.03 a.m .: Because of the Corona crisis, the Bundestag election will be more expensive than ever, according to a report in the “Saarbrücker Zeitung”.

The  Federal Ministry of the Interior estimated the election on September 26th to cost a total of 107 million euros, the newspaper reported.

The  ministry cited one of the reasons that significantly more postal voters are expected due to the pandemic. For the first time in the history of the Federal Republic of Germany, the costs would exceed the 100 million euro mark.

A spokesman for the federal returning officer told the newspaper that additional election workers could be due due to Corona. That would then lead to additional spending on the so-called refreshment money. Those who work at the polling station receive between 25 and 35 euros. According to the Federal Statistical Office, around 60.4 million Germans will be eligible to vote in Germany on September 26th.

KBV boss: Anyone who rejects AstraZeneca vaccine has to wait

The  head of the National Association of Statutory Health Insurance Physicians (KBV), Andreas Gassen, speaks out in favor of loosening the vaccination sequence in view of the skepticism towards the AstraZeneca vaccine. “If a vaccination offer is made to someone and it is rejected, that person has to go back to the bottom and others come first,” said Gassen of the “Rheinische Post”. First, medical staff must be vaccinated in the area.

He lacks any understanding of not being vaccinated with AstraZeneca, said Gassen. “

The n you have to say: if you don’t want to, you’ve already got it. This discussion is absurd when there is a shortage, «said the KBV boss. “

The  AstraZeneca vaccine is highly effective, more effective than any flu vaccine.”

1.33 a.m .: SPD leader Saskia Esken has pleaded for students to generally refrain from staying seated in the Corona school year. It would be “very helpful” to take the pressure off some students by avoiding non-transfer, Esken said in a podcast of the editorial network Germany. She pointed out that during the long period of homeschooling, students who have little support at home and no space for quiet study have particular difficulties.

Esken added that she also generally doesn’t think much of staying seated. She considers this to be a “questionable measure” from an educational point of view and in relation to the development of the pupil, which does not work. Partial performance weaknesses or a “difficult phase” that the student is going through personally would not be remedied by “simply repeating a school year”. Instead of staying seated, support offers and good support for the student should be organized.

A few weeks ago, the Education and Science Union (GEW) demanded that all students should be transferred at the end of the current school year.

Montgomery warns of rising case numbers in case of easing

The  chairman of the World Medical Association, Frank Ulrich Montgomery, warns against loosening the situation in view of the increasing number of infections. “Anyone who talks about easing in times of increasing R-values ​​is acting absolutely irresponsibly,” said the doctor to the newspapers of the Funke media group. Because with every opening there is a significant increase in the numbers.

The  R-value shows where we are going. A value well above 1.0 threatens exponential growth again – and that is exactly the case now. «

The  Robert Koch Institute (RKI) stated the nationwide seven-day R value on Sunday afternoon as 1.10, it was thus for the third time in a row above the critical level of 1.0.

The  seven-day incidence also climbed again to over 60 cases per 100,000 population.

Kim Ki-duk dies: The Korean with the baseball bat

New corona measures in Germany: This is the current status of... 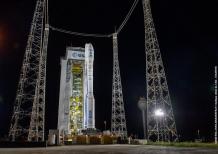 Proposal from Bavaria: will Germany get its own spaceport? –...