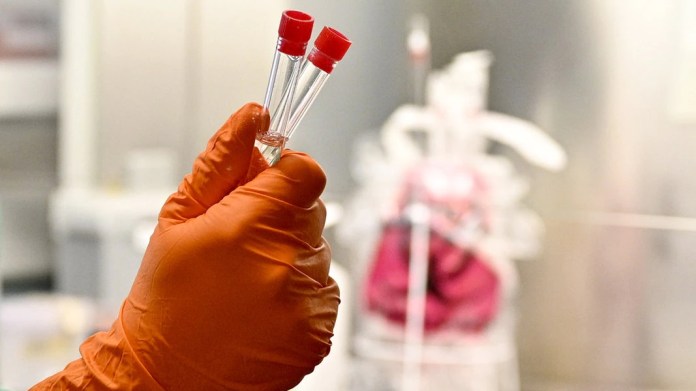 In the live ticker, NDR.de will inform you today – on Sunday, February 21, 2021 – about the consequences of the coronavirus pandemic for Lower Saxony, Schleswig-Holstein, Mecklenburg-Western Pomerania and Hamburg.  The re’s yesterday’s news and events on Saturday’s blog.

Tables and graphics: This is how the vaccination campaign in the north works
Map: New infections in the northern German districts: Has journalism failed?

Lower Saxony: half of the funds for protection in schools called up

Of the 20 million euros made available by Lower Saxony’s Ministry of Culture for Corona protective equipment in schools, half have now been called up. As the Ministry announced in Hanover, applications with a total volume of 10.2 million euros have so far been received. This includes plexiglass protective walls, masks for students and teachers and, in exceptional cases, air filter systems.

The  education and science union (GEW) recently called for a tenfold increase in the corresponding funds. In addition to reducing the workload, numerous schools need FFP2 masks, air purification devices and technical equipment, according to state chairwoman Laura Pooth. In many places, the schools have made advance payments, which the country must now quickly compensate, said Pooth.

RKI: More new infections and deaths than a week ago

The  health authorities in Germany reported 7,676 new corona infections to the Robert Koch Institute (RKI) within one day. In addition, 145 new deaths among infected people were registered, according to figures from the RKI. A week ago today, there were 6,114 new infections and 218 new deaths. On Sundays, the number of cases reported by the RKI is usually lower, among other things because fewer tests are carried out on the weekend.

The  RKI gave the nationwide seven-day R-value as of Saturday afternoon as 1.07 (previous day 1.01). That is the highest value in several weeks. This means that 100 infected people theoretically infect 107 more people.

The  digital world is not a threat, but a godsend

The  lockdown is a burden for all of us, but one finding is at least a gain: video conferences and video meetings with friends are more practical and pleasant than expected. Lars Haider, editor-in-chief of the “Hamburger Abendblatt”, comments.

Corona forces us to get involved in the digital world.

The  NDR Info weekly commentary by Lars Haider from the “Hamburger Abendblatt”. more

Many communities on the North Frisian coast celebrate February 21 with biike fires. Usually everyone in town then comes together at the fires. But it won’t do anything this year. Many Biike fires have been completely canceled, there is a fire on Sylt tonight without a viewer, which is to be broadcast as a live stream.

The  fire brigade will secure the fire tonight, spectators on site are not allowed.

The re is a live stream for this. more

No tourists: Big worries at the ferry terminal

Due to the Corona crisis, the Weser ferry Brake-Sandstedt is currently transporting 50 percent fewer cars than usual – and revenues are also falling.

The  problem is also felt by other car ferry operators.

VIDEO: Big worries at the ferry terminal: no tourists, no commuters (3 min)

Officials of the Neubrandenburg police headquarters want to check compliance with the corona rules on the island of Usedom (Vorpommern-Greifswald district) and in the lagoon region again. Yesterday, the officials said they had checked around 250 vehicles in the area of ​​the island by early evening.

The  main focus of the police controls were the island itself and the access roads B 110 (Zecheriner Bücke) and B 111 in the area of ​​the city of Wolgast. About 50 vehicles were returned. Fines were imposed on seven people for staying in the county for no good reason.

The  incidence of the district has been above a value of 150 for days.

The  district is a high-risk area, foreigners are not allowed to enter. Last weekend, thousands of people were in the tourist centers of the island, some without a mask and with little distance.

Dozens of foreign drivers were turned away on Saturday and the controls will continue today. more

The  authorities in Schleswig-Holstein recorded 207 new corona infections within 24 hours, 69 fewer than the day before and 18 more than a week ago.

The  seven-day incidence is currently 51.0. 40,995 people have demonstrably been infected with the virus since the outbreak of the pandemic in Schleswig-Holstein.

Also on Sunday, February 21st, the NDR.de team will keep you up to date on the effects of the corona pandemic in northern Germany. In the live ticker you will find all the important news and also content from the NDR radio and television broadcasts.

The  reported new infections in the north from Saturday: 871 in Lower Saxony, 276 in Schleswig-Holstein, 141 in Mecklenburg-Western Pomerania, 277 in Hamburg and 85 in the state of Bremen.

Automated graphics: How many Covid-19 patients are in intensive care units?

Got ray tracing working on the Super Nintendo

Real Madrid still makes it to the round of 16

Talks on the Brexit trade pact: puzzles in Brussels 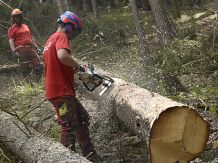 Pandemic – New high in the number of deaths recorded daily...