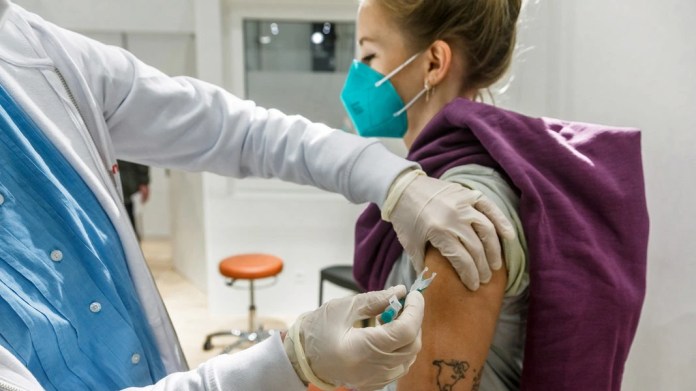 In the live ticker, NDR.de will inform you today – on Tuesday, February 23, 2021 – about the consequences of the coronavirus pandemic for Lower Saxony, Schleswig-Holstein, Mecklenburg-Western Pomerania and Hamburg. You can read yesterday’s news read here in the blog.

The  head of the Standing Vaccination Commission (Stiko), Thomas Mertens, expects the use of digital vaccination certificates to enable people vaccinated against the coronavirus to regain access to cultural events or restaurants, for example. “In life provision, in clinics or homes, this is out of the question. But in private law – in cinemas, theaters, restaurants and on airlines I can certainly imagine such evidence,” said Mertens of the “Bild” newspaper. “It has already been introduced many times internationally,” which is why the use of digital vaccination records in Germany cannot be prevented, said Mertens: “It is important that the vaccination range is initially sufficient so that no one is disadvantaged.”

The  ethics council has not ruled out vaccination certificates in the private sector either, said the virologist.

Tourism: Significant decline in the number of guests in Lower Saxony and Bremen

The  restrictions in the corona pandemic led to a massive slump in tourism in Lower Saxony and Bremen last year. As can be seen from data from the Federal Statistical Office in Wiesbaden, Lower Saxony and Bremen only registered half as many guest arrivals as in 2019. In Lower Saxony, the number of guests in 2020 fell by 43 percent to 8.7 million. Before Corona, it was last at 15.4 million. In Bremen, the decline was even more pronounced.

Pre-vaccination: District Administrator of the Vorpommern-Rügen district in the criticism

For several days, Germany has been discussing how to deal with “pre-vaccinators”. Now there is apparently also a prominent example in Mecklenburg-Western Pomerania.

The  district administrator of the Vorpommern-Rügen district, Stefan Kerth (SPD), admitted on Monday evening at the district assembly in Grimmen that he had received the vaccine early.

The  district administrator of Western Pomerania-Rügen has admitted to having received an early corona vaccination. more

Mobility researchers: 35 incidence unrealistic for the time being

With the apparently rapid spread of a more contagious Corona mutant in Germany, the target of 35 in the seven-day incidence is moving from the perspective of experts. Without additional measures, reaching this value would appear “unrealistic for the time being”, explained the head of the department of traffic system planning and traffic telematics at the TU Berlin, Kai Nagel, to the news agency dpa. His group models the infection process in Berlin, among other things with anonymized cell phone data. According to Nagel, the results can be transferred to the situation nationwide. Within two weeks, the proportion increased in random samples from just under 6 to 22 percent. If you take into account the significantly increased likelihood of infection, according to the model, the situation is “significantly more critical than we previously predicted,” explained Nagel. “If the current measures are simply retained, according to the model we will get a third wave; every type of opening enlarges this wave.”

The  health authorities in Germany reported 3,883 new corona infections to the Robert Koch Institute (RKI) within one day. In addition, 415 additional deaths were recorded within 24 hours. That comes from figures from the RKI on Tuesday. Exactly one week ago, the RKI had recorded 3,856 new infections and 528 new deaths within one day. According to the RKI, the number of new infections reported within seven days per 100,000 inhabitants (seven-day incidence) was 60.5 nationwide on Tuesday morning – and thus slightly lower than the previous day (61.0). Four weeks ago, on January 26, the incidence had been 107.6.

Today at 8 p.m. experts as well as listeners and viewers from Mecklenburg-Western Pomerania will be discussing the prospects of the corona pandemic live. What is the right way out of the pandemic? What are our prospects? What do children and adults need to keep the psyche stable? And how do we live with the virus in the future?

New vaccination appointments in SH can be booked online

As of today, vaccination appointments against the coronavirus in Schleswig-Holstein can be booked online again. According to the Ministry of Health, the dates are activated at impfen-sh.de from 8 a.m.

The y are available for the first and second vaccinations of 74,000 nurses, doctors and rescue workers. According to the Ministry of Health, the group of beneficiaries also includes physiotherapists and masseurs who regularly work in nursing homes, as well as hospital employees who have not yet been vaccinated at their workplace. This does not apply to people older than 80 years.

The re is still a separate invitation procedure for them by letter and telephone hotline.

Nursing staff, doctors and rescue workers, for example, can register. Soon all vaccination centers in the country will also open. more

Flensburg still has the highest seven-day incidence in the north.

The refore, there are several test vehicles in the city, on which residents can now take free quick tests. Politicians hope to get a better grip on the infection process.

The  incidence value in Schleswig-Holstein is again below 50

93 new corona infections have been reported in Schleswig-Holstein. That’s 35 less than a week ago and 19 less than yesterday. This emerges from data published by the Ministry of Health in Kiel. 18 other people died with the virus.

The  number of infections per 100,000 inhabitants within seven days fell slightly nationwide to 49.3. It is still highest in Flensburg.

The  lowest value was recorded in Dithmarschen at 12.8.

Also on Tuesday, February 23rd, the NDR.de team will keep you up to date on the effects of the corona pandemic in northern Germany. In the live ticker you will find all the important news and also content from the NDR radio and television broadcasts.

The  reported new infections in the north from Monday: 401 in Lower Saxony, 219 in Hamburg, 112 in Schleswig-Holstein, 73 in Mecklenburg-Western Pomerania, 34 in Bremen and 4,369 nationwide

Automated graphics: How many Covid 19 patients are in intensive care units?

Darts World Cup: James Wade succeeds in Neundarter – and then...

Demonstration against corona rules in Hildburghausen – police use pepper spray

2-0 success against Vaduz – St. Gallen starts the year with...