Many step-by-step plans from the country leaders await the next Corona summit with Chancellor Merkel.

The re is already one from sport and culture.

Update from February 21, 2021: Is there finally easing in Germany and a way out of the corona lockdown? An alliance of several associations at least demands that – but the chances are still not very good. At the weekend, SPD health expert Karl Lauterbach again warned of a “third wave”.

The  influential Union parliamentary group leader Ralph Brinkhaus (CDU) also dampened expectations for a new “step-by-step plan” at the weekend. “Paragraph 28a of the Infection Protection Act with the incidences of 35 and 50 is a step-by-step plan,” he said World on Sunday. At the same time, he emphasized that one could not “orientate oneself to a static view of incidences”:

The  spread of the mutations and the progress of vaccination also played a role. But Brinkhaus did give a little hope for openings. Parts of the retail trade were always open anyway, he explained – “I assume that we will differentiate further in the near future.”

The  chairman of the Prime Minister’s Conference, Berlin’s Governing Mayor Michael Müller (SPD), meanwhile announced a “perspective for the spectrum of possible openings”.

The  plan should not only be based on the number of new infections in the previous week. “We will take several factors into account,” said Müller Stuttgart newspaper and Stuttgart news.

Corona easing in Germany? “Really difficult phase” – politics gives vague hope, but above all slows down

The  incidence value remains important, but an R value well below 1 and a decreasing utilization of intensive care medicine will also be important criteria for the next easing step”. Müller advocated that the Prime Minister’s Conference should be based on the legally stipulated incidence values ​​of 35 and 50. In view of the virus mutations, he also made it clear that the step-by-step plan was “not a one-way street in the direction of easing”. “If necessary, we will have to adopt restrictions again if the numbers rise sharply again, as in other European countries.”

Politicians are nevertheless aware of the expectation. Health Minister Jens Spahn (CDU) spoke of a “really difficult phase” of the pandemic at a discussion in his house broadcast on the Internet on Saturday. All are tired after twelve months.

The re is an expectation that with the number of new infections falling, the restrictions will go a little further.

With a view to school and daycare openings, the Association of Education and Upbringing (VBE) warned against an opening competition between the countries. “

The  openings are not a competition in which the federal state wins, which implements the most extensive easing and risks the health of all those involved to the maximum”, said VBE boss Udo Beckmann the editorial network Germany. In Bavaria, the upcoming school openings at the weekend caused displeasure.

Corona: Step-by-step plan should pave the way to normalcy – first details about the plan leaked

First report from February 20, 2021: Berlin – hairdressers will be allowed to reopen soon, retail is being discussed – but when can you go back to a concert, cinema, theater or to the game of your favorite team?

The re is now a three-step plan for science, sport and culture. It will be presented on Monday (February 22nd).

Of the dpa the paper is already available.

The  approach makes it possible to transport “mass events with reasonable effort and top events with relevant additional investments back to the audience and guests”, it says. Previously, the imageNewspaper reports.

The  paper is supported by 20 scientists as well as numerous associations and organizers, including the German Football Association (DFB) and the German Stage Association.

The  guide sees the dpa according to initially this “basic concept”:

In the outdoor area, an occupancy rate of up to 40 percent is then possible. Mask compulsory should apply up to the seats, with more than 1000 visitors there should be no alcohol.

The  basic model for indoors and outdoors does not distinguish whether visitors already have a vaccination or not.

Sport and culture in spite of Corona: Initiative against “wild growth of hygiene concepts”

Any increase beyond that requires an “individual special concept”, the 21-page paper also says. A hygiene concept with high standards should “prevent uncontrolled ‘wild growth’ of hygiene concepts”.

The  variant named in the paper “maximum model” requires a test strategy with, among other things, digital support for contact management. Antigen tests before each event would also be mandatory.

The  paper assumes that access is then possible up to the full occupancy.

Supporters include experts from the fields of infectious diseases and virology, ventilation technology, health economics, and sports, cultural and legal sciences.

In addition to some halls and arenas, the events area includes the festivals Hurricane, Wacken, Rock am Ring, Rock im Park and Lollapalooza. (dpa/frs)

Delivery Hero may only take over competitor Woowa subject to conditions:...

Storebrand AM has a new Head of Sustainable Investments | ... 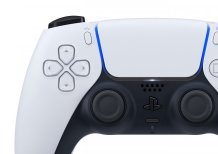 Microsoft asks users what they want for Xbox controllers