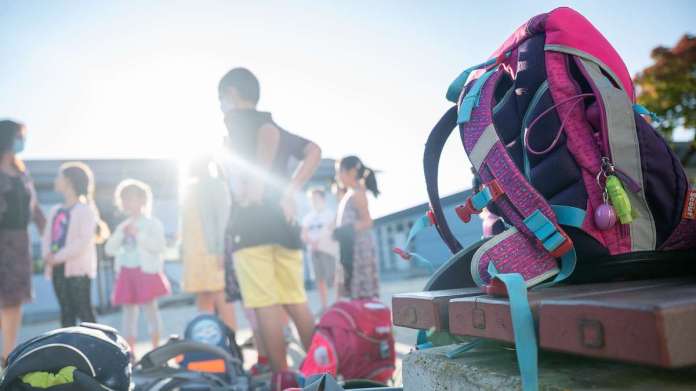 First it appeared in Great Britain, now the cases are increasing in Germany. 195 children have already contracted PIMS. Fortunately, there have been no deaths yet.

Munich – Corona infection is usually harmless for children and young people. Serious disease rarely develops, and many even survive infection without symptoms. Now, especially in Great Britain, there are increasing reports of secondary illnesses in children and adolescents. According to Guardian Up to 100 children are currently ill every week.

MIS-C is the name of this novel clinical picture, in German something like Multisystemic inflammatory syndrome in children. Also PIMS (Paediatric inflammatory multisystem syndrome) is a common name. Around 70 percent of the sick need intensive medical treatment. Dozens of cases are also known in Germany, confirms the Ministry of Health at the request of merkur.de.

Corona sequelae PIMS: Syndrome occurs in two out of 100,000 people under the age of 21

A ministry spokeswoman said that 62 children and adolescents in Germany have already contracted PIMS. However, this number is related to 983 recorded inpatient Covid-19 cases. Means: Of 983 children and adolescents who were in hospital because of Corona, 62 fell ill with PIMS (Status: February 7). That corresponds to 6.3 percent. According to the German Society for Pediatric Infectious Diseases (DGPI), there are already 195 cases in Germany (Stand: February 22). According to various media reports, the likelihood of getting the disease among people under the age of 21 is generally two in 100,000.

How many children actually fall ill, or how high the proportion is in truth, is difficult to determine.  The  disease is not notifiable, so the data is not recorded in accordance with the Infection Protection Act, both the Ministry of Health and the Munich Health Department inform. “An extrapolation of this number (62 of 983 cases, editor’s note) to the total population of children and adolescents in Germany would be fraught with great uncertainties,” the ministry continued.

The  list of symptoms of the disease is long. It ranges from fever and abdominal pain to inflammation of the pericardium or heart valves.

The y are similar to the symptoms of Kawasaki syndrome. However, MIS-C is more difficult and the children and adolescents affected are older. In addition, the causes of Kawasaki syndrome are unclear. In the case of MIS-C, the World Health Organization (WHO) assumes a Sars-Cov-2 infection in advance.

The  syndromes appear two to four weeks later. However, this relationship has not yet been adequately investigated.

According to the Guardian two-thirds of cases in the UK are boys with an average age of eleven – mostly without any previous illnesses According to the DGPI, to which the ministry refers, around 70 percent of the sick need intensive medical treatment.

Some symptoms of the disease according to the Munich health department:

Treatment of corona complications: No PIMS deaths known in Germany

The  treatment of the disease is comparable to that of Kawasaki syndrome, a spokeswoman for the health department explains merkur.de. “But the symptomatic therapy in particular depends on the organ systems affected. Otherwise, the focus is on anti-inflammatory treatment, ”explains the spokeswoman. Means:

The  inflammation is fought. Apparently with success. Fortunately, no death has yet been reported in Germany. (ma)

Airport expects an upswing in summer

Successful run: Sturm cracks Admira and becomes a contender for the...