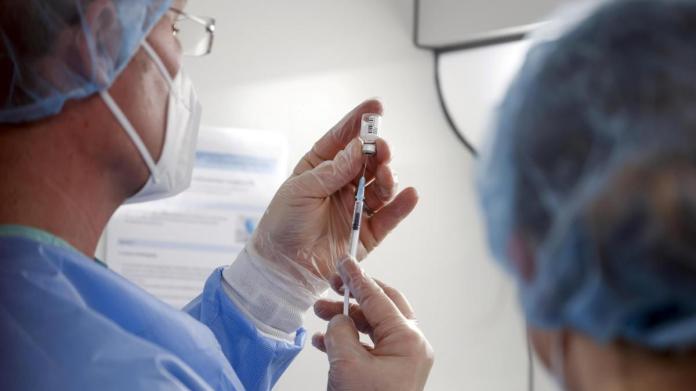 Dhe good news from Israel is stimulating considerations about relaxation in Germany: An observational study that Biontech / Pfizer carried out with the Israeli Ministry of Health shows that 89.4 percent of the vaccine prevents people who have been vaccinated from becoming infected infected with the coronavirus.

But what do the results mean for Germany? “If the results are confirmed and this also applies to the other vaccines, then one can no longer speak of privileges for vaccinated persons,” said Dirk Wiese, deputy chairman of the SPD parliamentary group in the Bundestag, WELT.

“Rather, they then have a fundamentally guaranteed right to restore the status quo as soon as the vaccination reaches the general public.” Now it is important to present intelligent and responsible opening concepts by the beginning of March. “Otherwise this will be done by the courts,” said Wiese.

The  new study is encouraging and gives hope that more freedom will soon be possible again, said Jan-Marco Luczak, legal policy spokesman for the Union parliamentary group. “This is neither about special rights nor privileges for vaccinated people, but about the restoration of fundamental rights.” Luczak went on to say: “If it should be established that people are no longer infectious after vaccination, the reason for state interference does not apply. Still maintaining restrictions would not be constitutionally legitimized. ”

However, there is still no reliable study situation, even the previously unpublished study from Israel itself urges caution with conclusions.

The refore, the primary goal must remain to be able to offer vaccinations to as many people as possible quickly.

The  recently announced study is based on data from nearly 1.8 million vaccinated Israeli citizens, but the paper has not yet been reviewed by independent experts.

The  Israeli Minister of Health has not yet confirmed the data either. It has not yet been published in a trade magazine or on a so-called preprint server, but WELT has it.

The  Israeli journalist Nadav Eyal first reported about it in the daily newspaper “Yedioth Aharonoth”.

It was expected that the vaccine from Biontech and Pfizer not only protects against Covid-19 disease, but also against people who have been vaccinated to pass on the virus. It has been clearly shown in the approval studies and in other studies that the vaccine triggers a very good antibody response in the body.

The se antibodies can kill viruses quickly and effectively when they enter humans.

This means that the viruses can hardly or only little multiply.

The  lower the viral load in the body, the fewer viruses an infected person can emit – and the lower the risk of infecting other people.

The  question of whether vaccinated people who become infected with the virus – this is always possible – can infect other people is important for the further course of the pandemic. At the beginning of February, the first positive data came with a study by the Israel Institute of Technology: According to this, vaccinated infected people carry around three to four times fewer viruses than unvaccinated infected people. This was measured by PCR tests.

The  new, leaked data match the “infection statistics from Israel, which show a decline in the number of infections, especially in the vaccinated groups,” said Leif Erik Sander, head of the Infection Immunology and Vaccine Research Research Group at the Charité in Berlin.

Overall, the preliminary data from Israel show that the vaccine works very well: Vaccinated people are not only protected from disease, they also protect other people.

“As soon as it has been scientifically proven that vaccinated people no longer pose a risk of infection for others, restrictive restrictions on fundamental rights against them can no longer be justified,” said Stephan Thomae, deputy leader of the FDP parliamentary group. But here you still need an extensive scientific database.

“So that people who have not yet been vaccinated have more freedom, we also need an intelligent test strategy to support the vaccination campaign,” said the legal politician. Through comprehensive rapid tests, even non-vaccinated people with a current negative rapid test could prove for a limited time that they are also not contagious.

Kordula Schulz-Asche, the Greens’ rapporteur for protection against infection, was cautious about separate rules for vaccinated people: “It would be gratifying if the vaccination, if not 100 percent, helps to slow down the spread of the virus,” she said . Rapid vaccination is therefore the top priority. “With a vaccination rate of 60 to 70 percent of the population, we will all be able to return to everyday life without having to discuss privileges for individuals.”

Achim Kessler, health policy spokesman for the Left Party, was also skeptical. “As long as we don’t even have enough vaccines to vaccinate all over-80s, discussions about lifting restrictions for vaccinated people are pointless and distract from the real problems.”

The  federal government should now concentrate on the production capacities for Increase vaccines by releasing the licenses.

The  deputy chairman of the AfD parliamentary group, Sebastian Munzenmaier, said: “Citizens who are not at risk of contagion are not entitled to further curtail their freedom rights.” But even those who would not want to be vaccinated would have their basic rights get back because the interference with the freedom rights is not proportionate.

What percentage is the exact limit?

The  more knowledge we have that the risk of infection is significantly reduced, the less we can justify that vaccinated people will not get back their freedoms,” said law professor Steffen Augsberg, who is also a member of the German Ethics Council.

The re is also little dissent among “constitutional lawyers that the most comprehensive restrictions on fundamental rights that we have had in the history of the Federal Republic of Germany are unjustifiable for people who are barely contagious,” he said.

The  Ethics Council also emphasized that if the vaccination protection is there for particularly vulnerable people and there is no longer any threat of overloading the health system, it should be opened.

The  former constitutional judge Ferdinand Kirchhof also pointed out the question of when. “

The  precautionary measures in the corona pandemic justify restrictions on fundamental rights. However, these must be discontinued if the risk of infecting other people is excluded or negligible.

The  legislature has to decide what percentage the exact limit is, ”said Kirchhof. But it is precisely this question that remains unanswered in Germany for the time being.

The  country introduced relief on Sunday for citizens who have been vaccinated against the coronavirus or have recovered from illness. With a green pass, you can visit hotels, theaters or sporting events, among other things. “

The  vaccination campaign in Israel is very advanced compared to other countries. Every citizen from the age of 16 can now be vaccinated.

Joe Biden on his swearing-in – It won’t be a million-dollar...

Commemoration of the destruction of Dresden | Currently Germany |...