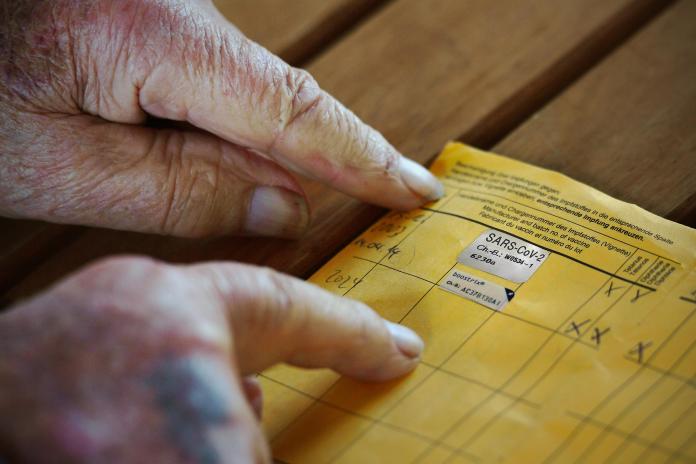 The  corona vaccination is the hope that the pandemic will end soon. How do I get an appointment for a vaccination, which vaccines are currently used in Bavaria and how many people have already been vaccinated in Bavaria? An overview with the most important questions and answers:

How many people have already been vaccinated in Bavaria?

So far, around 280,000 people in Bavaria have already received two corona vaccinations. You therefore have complete vaccination protection, for which two vaccine doses are required about three weeks apart. Around 246,000 people in Bavaria have only received one of the two required doses of vaccine so far; they will get the second dose within the next few days and weeks. A spokesman for the Bavarian Ministry of Health announced the numbers on Friday in response to a BR request.

A total of around 13 million people live in Bavaria. According to the Federal Statistical Office, around 3.5 million of them are 60 years or older. Bavaria’s total population also includes around two million children and adolescents under the age of 16 for whom there is currently no approved vaccine.

The  population breakdown by age group is from the end of 2019.

Who can currently be vaccinated in Bavaria?

The  sequence of vaccinations in Germany is laid down in an ordinance of the Federal Ministry of Health, which is based on a recommendation by the Standing Vaccination Commission (StIKo) at the Robert Koch Institute. Because there is currently only a limited vaccine available, only people from the highest priority group can currently be vaccinated.

Priority is given to people who are at high risk of a severe or fatal course of Covid 19 disease or who are particularly exposed at work. Specifically, this means: people over 80, residents of old people’s and nursing homes as well as nursing staff and certain medical professionals. If you are not yet on it, you can make a note for the corona vaccinations in Bavaria – as follows:

How do you get an appointment for the vaccinations?

If you are over 80 years old and live in a retirement or nursing home, you do not have to take care of the two appointments for the corona vaccination yourself. All other people in Bavaria can register in different ways – even if they are not yet in a group for which vaccinations are already available.

Where do the corona vaccinations take place in Bavaria?

Bavaria has set up a total of 100 vaccination centers.

The re, a doctor will first provide information about the vaccination. You should therefore – in addition to your ID and health insurance card – take your vaccination card and, if you have pre-existing conditions, important medical documents with you. After the interview, you fill out a declaration of consent – then you will be vaccinated. Important: Only people who have made an appointment in advance are allowed to go to the vaccination center.

The re are now several vaccination buses in Bavaria, for example in the Oberallgäu district.

Which vaccine has been used so far?

According to the Robert Koch Institute, 95 percent of the vaccine doses administered throughout Bavaria by February 18 came from the manufacturer Biontech / Pfizer.

At what pace should it continue in Bavaria?

Two weeks ago, Bavaria’s Minister of Health Klaus Holetschek (CSU) announced that the Free State was expecting just under one million vaccine doses by the end of February. This could accelerate the vaccination rate significantly by the beginning of March. At the beginning of February, Chancellor Angela Merkel (CDU) formulated the goal of offering all citizens in Germany a vaccination offer by the end of summer on September 21 – that is, to be able to give at least the first vaccination.

Which software is used for vaccination planning?

Bavaria has “developed intelligent and forward-looking logistics” for the corona vaccinations, said a spokesman for the Ministry of Health recently on a BR request.

The  Bavarian vaccination management against Corona (BayIMCO) fulfills “all the necessary functionalities for the logistics up to the actual vaccination process”.

The world of finance in the home office – Vorarlberger Nachrichten

Red Cross takes stock of Covid-19 after one year

Corona vaccinations begin in the first medical practices in Berlin

Where was the blocked Astra Zeneca batch inoculated?

Corona patients with a migration background: “Nobody can do a home office”

Huge amounts of data in the fight against COVID-19 & Co.

This year, up to 30 percent lower Christmas sales expected

Two ladies-in-waiting are now a couple – coming out!

Will one (TV) investor become four?