The  aim of the Federal Ministry of Health is to be the first to protect the so-called “vulnerable groups of people” against Corona. So the people who are more vulnerable than others.

The  first ordinance on this came into force in mid-December and was slightly changed on February 8th. On the one hand, because Astrazeneca’s vaccine, which was approved in January, can only be administered to 18- to 64-year-olds. On the other hand, people with rare diseases can be vaccinated earlier than initially intended.

The  vaccination ordinance may soon be adjusted again: It is currently being discussed whether kindergarten and primary school employees should be given priority in prioritization.

The  “Ordinance on the right to vaccination against the SARS-CoV-2 coronavirus” provides for three groups that can receive vaccinations as a priority:

This includes all people older than 80. In addition, the residents in old people’s and nursing homes as well as the employees in these homes and the staff of the outpatient care services.

Another important factor is how great the so-called “exposure risk” is – i.e. the likelihood of coming into contact with infected people. That is why the staff in emergency rooms, intensive care and corona wards, as well as employees of emergency services, in vaccination centers and in outpatient palliative care, have the highest priority.

According to the Robert Koch Institute (RKI), the group comprises a total of around 8.6 million people. Federal Health Minister Jens Spahn (CDU) was confident this week that everyone will have their say this month.

In the next step, all people over 70 should be vaccinated. This vaccination group also includes patients who have received a donor organ, who suffer from lung diseases such as COPD, diabetes mellitus, certain blood diseases or chronic diseases of the liver or kidneys.

People with dementia also have high vaccination priority. Also people with intellectual disabilities or psychiatric illnesses such as schizophrenia and severe depression. Group two with high priority also include doctors and other staff who have regular patient contact. Police and law enforcement officers, especially when they are deployed in demonstrations, and soldiers before they are sent on a deployment abroad.

This vaccination group includes all people who have reached the age of 60.

The re are also many diseases listed that increase the risk of a severe course of Covid-19.

The re is also a long list of professions that qualify for increased vaccination priority:

The  staff in schools and daycare centers, in food retailers and in pharmacies is listed, as well as undertakers, employees in waste management and transport. In addition, employees in state institutions such as the Bundestag, governments and administrations, in the police, customs, fire brigade and civil protection as well as in the judiciary. And: people with precarious working or living conditions.

Goal: Vaccination offer for everyone by the end of summer

According to the Robert Koch Institute, the prioritization recommendation only applies until enough vaccine is available.

The  medium-term goal is “to be able to offer everyone equal access to a vaccination against Covid-19”.

Federal Health Minister Jens Spahn and other members of the federal government have always set the goal “by summer” in the past few weeks. Chancellor Angela Merkel provided a specific date: September 21, 2021, the day summer ends on the calendar. Shopping by appointment: too little to live, too much to die

Holidays 2021: “The federal government has written off tourism”

Coronavirus in Germany: surprising statistics – why is so much of the Moderna vaccine left lying around? 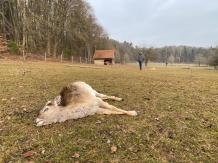 Germany wants to strengthen the rights of sexual minorities abroad

Coronavirus in Germany: Lauterbach calls for unlimited lockdown – incidence of...

Andy Murray – but no start in Delray Beach tennisnet.com