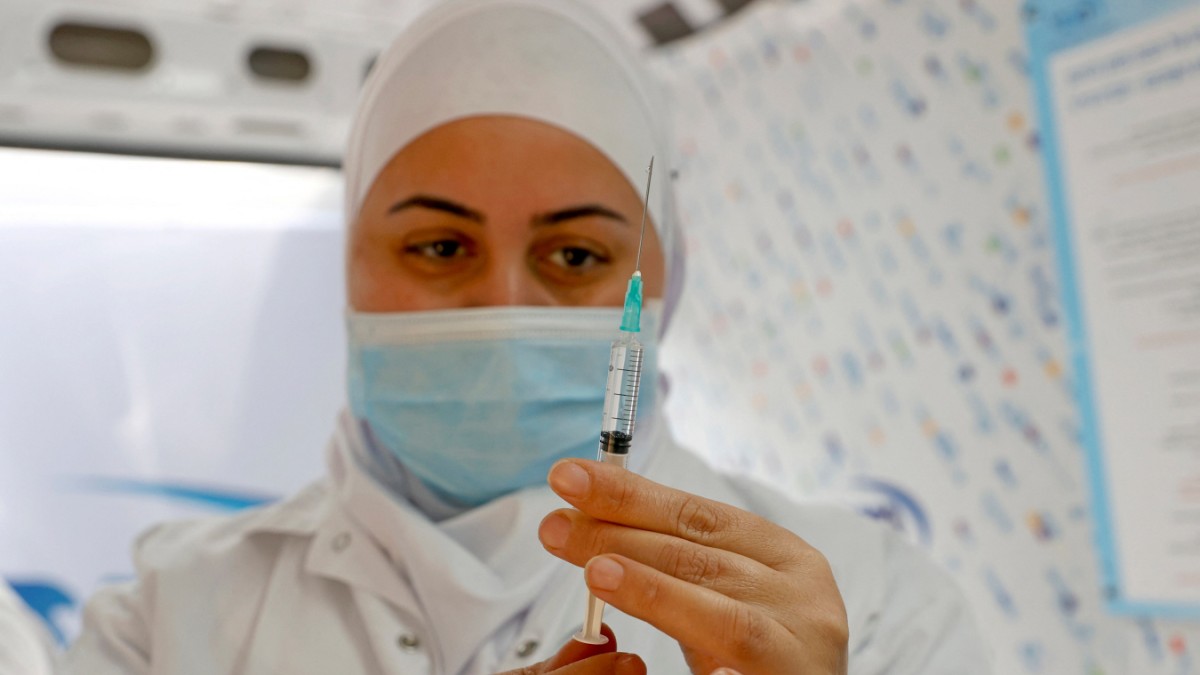 Data from the Israeli Ministry of Health shows that after two doses of Pfizer / Biontech’s vaccine, the risk of developing serious disease is reduced by 95.8 percent. In 98 percent of the cases, the vaccine prevents fever and breathing problems, in 98.9 percent of the cases an infection with Sars-CoV-2 does not lead to hospitalization or death after vaccination.  The  data are based on nationwide surveys.

Israel, which has a population of around 9.3 million people, runs one of the most ambitious vaccination programs in the world. Prime Minister Benjamin Netanyahu expects 95 percent of citizens over the age of 50 to be vaccinated in two weeks. Against this background, schools and many shops are allowed to reopen from this Sunday.

Ireland does not want to open gastronomy again until midsummer

In view of the high number of corona infections, Ireland does not want to open the hospitality industry before midsummer. This is what the prime minister of the country, Michael Martin, tells the broadcaster RTE. Bars, restaurants, cafes and hotels in Ireland have been closed for most of the past twelve months.

The  government wants to be cautious when opening it, as around 90 percent of new infections were the UK coronavirus mutation.

British government wants all adults to be vaccinated by summer

Great Britain wants to offer all adults in the country a vaccination against the coronavirus by the end of July. “This will help us to protect the most vulnerable faster and to be able to relax restrictions,” said Prime Minister Boris Johnson on Saturday after a government release. To date, more than 17 million people in the UK have received a first corona vaccine, almost one in three adults.

Due to early and extensive orders, Great Britain has fewer delivery bottlenecks than the EU countries. In addition, the United Kingdom wants to give surplus vaccine doses to poorer countries – but only when the British are vaccinated.

The  World Trade Organization (WTO) criticized this and called on the country to dispense a certain proportion of the available vaccine doses now. “It is just as much in the interests of rich as poor countries to have equal access,” said the new WTO chief Ngozi Okonjo-Iweala to the BBC.

At the G-7 summit on Friday, the participating countries agreed to invest more in the Covax initiative, which should give poorer countries fairer access to vaccines.

The  rich countries have so far secured two-thirds of the vaccine doses, even though they only make up 16 percent of the world’s population. Only 0.5 percent of vaccinations worldwide have so far taken place in the poorest countries.

French President Emmanuel Macron campaigned for rich countries to deliver four to five percent of their vaccine doses to poorer countries as quickly as possible. Following the meeting, he also suggested that Europeans and Americans deliver 13 million doses of vaccine to African nurses as soon as possible. Chancellor Angela Merkel was basically ready to hand over some of the German vaccine contingent.

Russia has released a third vaccine in the fight against the coronavirus.

The  first 120,000 doses of the Covivac vaccine should be delivered in March, Prime Minister Mikhail Mishustin said in Moscow on Saturday.

The  active ingredient was developed at the Chumakov Research Center for Immunobiological Preparations of the Russian Academy of Sciences. By the end of the year, 20 million doses are to be produced, and according to the researchers, the effectiveness is 90 percent. So far, however, this is only based on interim results; extensive clinical studies on effectiveness are not yet available.

In Russia, only 2.2 million people have received at least one of two necessary injections. That corresponds to about 1.5 percent of the population.

The re had been many criticisms of this. “We’re constantly increasing the pace of vaccine production,” said Mishustin. More than ten million cans of Sputnik V have already been manufactured.

The re are also 80,000 doses of the second Russian vaccine Epivac Corona, which is to be used from March.

Four people in Sweden have tested positive for the more contagious corona variant from Brazil. This is the first time that the variant has been identified in the country, said the regional council of Gävleborg on Saturday. Those affected are fine, they do not need any medical care. Accordingly, none of them had previously been in Brazil.

The  authorities are now trying to determine their contacts.

The  variants from Great Britain and South Africa had previously been detected in the country. According to the World Health Organization, the variant initially discovered in Brazil has already spread to more than 20 countries.

After a scandal over preferential treatment of political allies in the case of corona vaccinations, Argentina’s President Alberto Fernández has fired his health minister Ginés González García.

Biontech vaccine is highly effective after the first vaccination

A study from Israel published on Friday confirms that the Biontech / Pfizer vaccine is already highly effective after the first vaccination. As the Sheba Hospital near Tel Aviv announced, there were 85 percent fewer symptomatic infections among the more than 7200 clinic employees 15 to 28 days after the first dose.

The  number of all infections, including asymptomatic ones, fell by 75 percent.

The  results were published in the medical journal

The  Lancet published. “This supports the UK government’s decision to begin vaccinating its citizens with a single dose,” said the hospital’s deputy chief Arnon Afek. Great Britain decided to extend the interval between the first and the second vaccine dose, which is necessary for full immune protection, to twelve weeks in order to be able to immunize more people faster. Pfizer recommends an interval of three to four weeks.

In addition, Pfizer and Biontech have asked the US authorities to officially store and transport the vaccine only at minus 20 degrees. It has been shown that the vaccine remains stable even at this standard freezer temperature.

The  vaccine from Pfizer and Biontech normally still has to be cooled to minus 70 degrees.

The  World Bank bought $ 12 billion in vaccines as part of a program and is now working with governments in poor countries to fill gaps in supply.

A Czech request for help to Germany is getting closer. Petr Kulhanek, the President of the Karlsbad Region, asked about the bed capacities in the German neighboring districts in Bavaria and Saxony.

The y want to be prepared in the event that there are no longer enough beds in the Czech Republic to care for all Covid 19 intensive care patients.

Prime Minister Andrej Babiš initially resisted a request for help, but has now agreed to the preparations. Just a few days ago, the Deputy Health Minister Vladimir Cerny confirmed that the neighboring countries will only be asked for help when 90 percent of the capacities in the hospitals have been exhausted. This threshold has now almost been reached at 86 percent. Patients are already being transferred within the Czech Republic every day.

In the Czech Republic, there is a stricter mask requirement in shops, public transport and hospitals from Monday. Either an FFP2 mask or two surgical masks must be worn there.

RKI – new corona infections are on the rise again

Vaccination: Warning of the health risk for teachers

Corona vaccination in Bavaria: the most important questions and answers

Coronavirus – Social Distancing: What does the lack of physical contact do to us? – News

Vaccinations against Covid-19 – “There is no fully comprehensive insurance in...

Brits in crisis: “There are a lot of jokes around right...

Klopp in a clinch with TV reporter – journalist comments

Deceased personalities in 2020: Stuttgarters who will be sorely lacking in...

Galaxy Note before the end: let it die, Samsung!