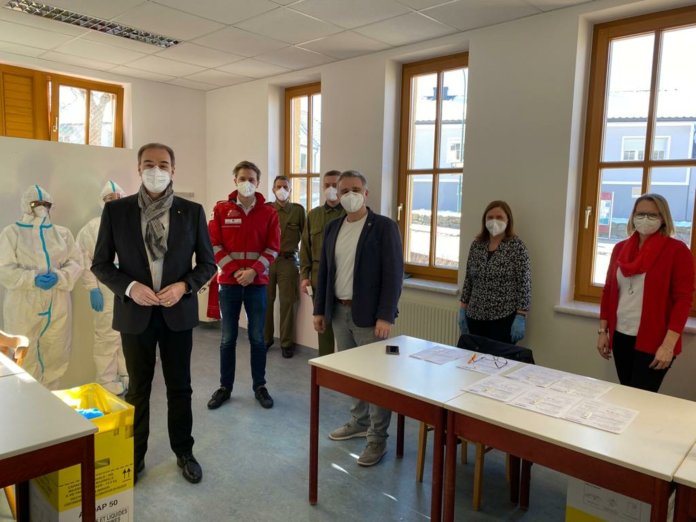 The  additional test roads in eight communities are used intensively by the people.

DISTRICT OF OBERWART. In addition to the Burgenland Vaccination and Test Center (BITZ) in the Oberwart Exhibition Center, eight further test lines were installed in the district in mid-February.

The  district papers asked around how these were accepted.

The  feedback is positive.

The  first date of the test was very well received by the population. Thanks to the professional team, there was neither stress nor waiting times, so that a smooth and contact-free process could be guaranteed in the one-way system!

The  second date on Saturday is mainly aimed at the commuters of the Community off “, reports Mayor Wolfgang Koller from Kemeten.
LR Leonhard Schneemann got an idea of ​​the smooth process at the test center in Unterkohlstätten: “

The  test center serves the community population and residents of neighboring communities as a low-threshold service facility close to their home.

The  good intercommunal cooperation is once again demonstrated by this Covid test!”
“

The  corona tests in the community center are going well. I would like to thank the entire team for the professional and calm handling!”, Said Mayor Christian Pinzker.

Pinkafeld offers a free antigen test on Mondays, Wednesdays and Fridays in the test street at Kunstbahn. In the first week, around 160 to 200 people used this opportunity per day. “

The re were no problems at all, which is because we had test stations in the fire station during the mass tests in December and were able to gain experience,” says Vizebgm. Franz Rechberger: “If there is a need, we would like to increase the test capacity and open a second lane. Because only through regular testing and vaccination can we return to normal. “

ÖVP Großpetersdorf is also calling for more test times. “We are happy that, despite the great challenge and many unanswered questions, our community is also creating the opportunity so that people can be tested as close as possible to their home. We welcome the testing opportunities that should have been done earlier,” explains Vizebgm. Gregor Hafner.
“

The  test times in Großpetersdorf only amount to two mornings.

The se times are impossible for commuters and professionals. It needs to be extended to at least one afternoon and evening”, demands GR Klaudia Kallich.
Mayor Wolfgang Tauss: “We deliberately chose the times Monday and Thursday in order to cover practically the entire week.

The  ÖVP could have looked for a conversation in advance during test times, but didn’t do so. We were primarily concerned with people who Others just have to switch to other options like Oberwart. It was also an enormous effort to organize the two appointments, for which a big thank you to the volunteers who agreed to help. Großpetersdorf is one of the few communities that Offer more than just a test date.

The  offer has been extremely well received! “

The  test station in Stadtschlaining has also got off to a good start. “We made appointments with the neighboring communities to offer the possibility of a free antigen test every day in the region. We were fully booked on the first day of the test. People are taking up the offer, so we want to keep the test road open until mid-March “, so Mayor Markus Szelinger.

The n register now for the free newsletter from your region! 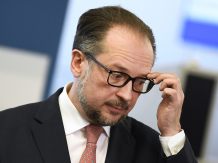 Berlin does not want to tighten it for the time being

Frustration at the end of the relationship ?: Ex-girlfriend and child...

This cell phone is going to be a real blast