The  number of new corona infections in Brandenburg is falling again

After an increase is the Number of new corona infections in Brandenburg has fallen again.

The  health authorities would have 289 new cases reported, the Ministry of Health announced on Friday in Potsdam. 390 new infections were registered on Thursday, compared with 374 a week ago. Most of the cases were added with 32 in the Oberhavel district. 19 people died in connection with a Covid 19 disease. Currently being 584 patients because of a Covid 19 disease in Hospitals treated, a week ago there were 678.

The  value of new infections per 100,000 inhabitants in a week is only falling gradually.

The  ministry gave the number on Friday 66,5 on, after almost 68 on Thursday. A week ago, the value was almost 77 new infections per 100,000 inhabitants in one week.

The  federal and state governments have agreed that further easing should only be possible within a week if the value remains stable over several days and no more than 35 new infections per 100,000 inhabitants.

The  so-called seven-day incidence is still highest in Prignitz at around 156, ahead of the Elbe-Elster district with almost 117. In the Spree-Neisse district, the number has fallen below the 100 mark again.

Coronavirus in Germany: the new federal and state resolutions at a...

Corona in Germany: FFP2 masks free of charge from today –... 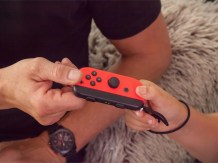 These are the top 5