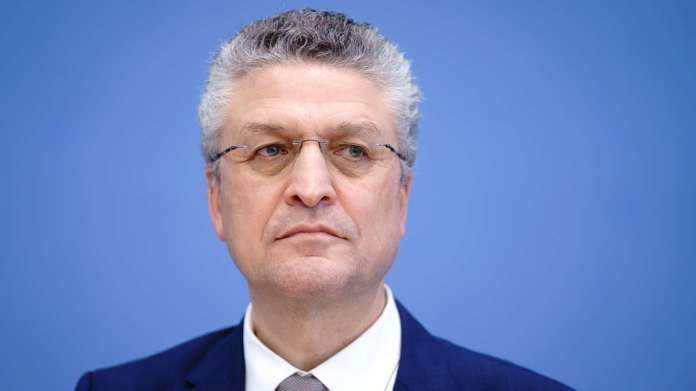 The  number of corona infections in Germany is rising again. And that despite Covid-19 lockdowns.

The  health authorities in Germany reported 4,369 new corona infections to the Robert Koch Institute (RKI) within one day. In addition, 62 other deaths were recorded within 24 hours. That comes from the numbers of the RKI from Monday morning. Exactly one week ago, the RKI reported 4426 new infections and 116 new deaths within one day.

The  data reflect the status of the RKI dashboard from 6.15 a.m., subsequent changes or additions are possible.

According to the RKI, the 7-day incidence nationwide on Monday morning was 61.0 – and thus higher than the previous day (60.2). Four weeks ago, on January 25, the incidence was 111.2. According to the RKI management report on Sunday afternoon, the nationwide seven-day R value was 1.10 (previous day 1.07). This means that 100 infected people theoretically infect 110 more people.

The  value represents the occurrence of the infection eight to 16 days ago. If it is below the value 1 for a long time, the infection rate flattens out.

The  next vaccination breakdown in the coronavirus pandemic in Germany – this time it’s about the vaccination portal of the German Red Cross (DRK) in Saxony.

Because: On Friday (February 19) the portal was briefly activated for teachers, police officers and employees of the health administration. That reports the image.

The se professional groups are not yet in line, currently only people over 80, nursing home residents and medical staff are vaccinated against Corona.

“On Friday there were brief vaccination appointments for teachers, educators and police officers. Later only teachers and police officers were allowed, which of course annoyed the educators. If all of this is just an accident, then I don’t make another change on the vaccination portal before I switch it off completely, ”explained Ursula Kruse, head of the Education and Science Union of Saxony image. Obviously a mishap.

Next week, teachers and educators are to be moved from the priority list three to the second category – but at the moment the Covid 19 risk groups are still on.

Update from February 21, 7:40 p.m .: A look at the vaccinations against the coronavirus in Germany.

As of Friday evening, February 19, 4,869,641 vaccine doses against Corona had been administered in the Federal Republic. That goes from the latest update of the Impfdashboards the federal government. How many vaccinations were given over the weekend is not yet included. On Friday there were a total of 140,491.

1,690,351 people have already received a second vaccination against the insidious virus. According to the vaccination clock, a person in Germany is vaccinated every 0.7 seconds.

Coronavirus pandemic in Germany: Luxembourg wants to prevent border closure due to mutations

Update from February 21, 5:10 p.m .: Germany has already closed the borders with Tyrol and the Czech Republic due to the spread of the corona mutations. Now Luxembourg has urgently warned the Federal Republic of a possible border closure with the Grand Duchy.

We must not make life unnecessarily difficult for hundreds of thousands of cross-border commuters.

“Of course there must be tests in view of the virus mutations, but we must do everything we can to ensure that commuters can get to their workplaces without restrictions,” said Luxembourg Foreign Minister Jean Asselborn Editorial network Germany: “60 percent of the employees in our hospitals, old people’s homes and care facilities are cross-border commuters. If these commuters can no longer enter, then the health system in Luxembourg collapses. “

Asselborn continued: “We mustn’t make life unnecessarily difficult for hundreds of thousands of cross-border commuters. Every day 100,000 people from France, 50,000 from Germany and 50,000 from Belgium commute to Luxembourg alone. “

Coronavirus pandemic in Germany: Many health authorities do not use Sormas corona software

The  contact tracking of people infected with corona by health authorities in Germany has been the focus for months: Politicians often justify lockdown measures in the coronavirus pandemic by stating that the authorities must be able to trace sources of infection.

But like that World on Sunday now reported citing figures from the Helmholtz Center for Infection Research, only 84 of 375 health authorities in the Federal Republic use the Corona software Sormas at all. This is supposed to simplify and standardize the cooperation between the authorities – actually.

According to the report, only 239 health authorities have set up the software so far.

The  number of corona infections is rising again

First report from February 21: Munich – “I think it is certain that these numbers indicate that we are at the beginning of the third wave,” warns SPD health expert Karl Lauterbach.

The  number of infections with the corona virus * is rising again in Germany – and in the middle of lockdown. Even before far-reaching easing was even decided. It is clear, according to Lauterbach in an interview with the SWR, “

The  lockdown is strong enough to fight the old virus variant – but the new variants continue to expand.” And he adds: “

The  mutations could trigger a new pandemic.”

The  focus is on the British variant B.1.1.7. * And the South African mutant B.1.351. On Monday, February 22nd, in some of the ten federal states, presence in elementary schools and daycare centers will start again.

The  expert finds a critical moment in the current Corona * crisis – he was hoping for alternating lessons and antigen tests. “

The  antigen tests are not there yet,” says Lauterbach. “That is why you go into the schools, you have to be clear, into the risk.” He advocates using the antigen tests as quickly and specifically as possible in schools.

Corona in Germany: RKI reports an increase in the numbers – worrying trend due to mutations

The  health authorities in Germany reported 7676 new corona * infections to the Robert Koch Institute * (RKI) within one day. In addition, 145 new deaths related to the virus were registered within 24 hours, according to figures from the RKI on Sunday. 1500 new infections more than a week ago: On Sunday a week ago, the RKI had recorded 6114 new infections and 218 new deaths within one day. Thus, the number of cases in Germany shows a rising trend again, after having continuously decreased over a long period of time.

According to the RKI, the number of new infections per 100,000 inhabitants reported within seven days (seven-day incidence *) was 60.2 nationwide on Sunday morning – and thus again higher than the previous day (57.8).

The  RKI gave the nationwide seven-day R-value on Saturday afternoon as 1.07 (previous day 1.01). That is the highest value in several weeks. This means that 100 infected people theoretically infect 107 more people. This could indicate that the more contagious virus variants are spreading faster despite the lockdown. According to the RKI management report on Saturday, the dangerous trend in all three areas of the reference values ​​is clear: and the trend is rising.

“Germany is in a really difficult phase” of the corona pandemic, said Health Minister Jens Spahn (CDU) on Saturday in an online discussion *.

The  rising numbers are now – irrespective of the lower benchmarks by Chancellor Angela Merkel (CDU) – on a society that believed the first easing was within reach. But whether easing can be expected in March depends on the development of the spread of the mutation *, said the Minister of Health.

In the past few weeks, the voices of the tired population have increased. Even the Bavarian Prime Minister Markus Söder (CSU), who has repeatedly appeared as a doer in the Corona crisis in recent months – and was thus able to collect plus points across Germany – had fallen in popularity again.

Whether the three-part step-by-step plan, which should be officially announced on Monday *, remains uncertain. A study from Israel now offers a glimmer of hope – the Biontech vaccinations * should not only protect against infection, but also against the spread of the virus. If there is enough vaccine for the population, a return to normalcy is at least conceivable. Israel was one of the countries with particularly tough lockdown rules and has now loosened it again in a quick action *. (nai) * Merkur.de is part of the Ippen-Digital network.

Xiaomi Mi A3: Android update puts smartphone out of action

Bundesliga: VfL Wolfsburg beats VfB Stuttgart – and dreams of the...

Association of the German Games Industry: January 2021: Sales Awards for...

Peak smoothing: throttling instead of forced charging breaks for e-cars

Lars Eidinger as a living brush – the painting is being... 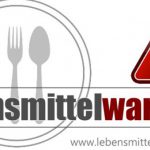