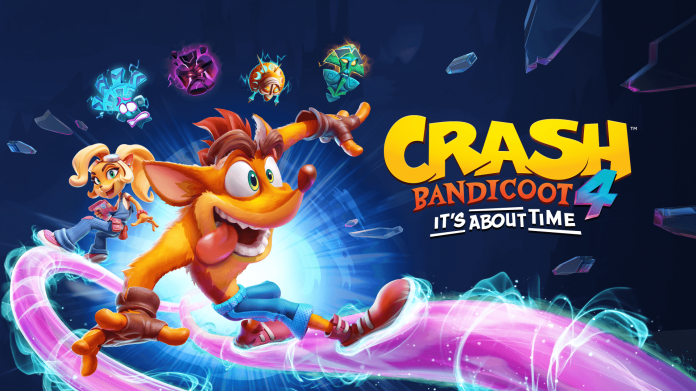 For 25 years, the ever-popular orange bag badger has been letting its fans whirl, jump and puff through numerous adventures and is now celebrating with a big party:  The  silver anniversary begins on March 12 with the release of Crash Bandicoot 4: It’s About Time – the true sequel the classic Crash Bandicoot trilogy from the 1990s and the first completely new game in the series in more than a decade – for PlayStation 5, Xbox Series X | S and Nintendo Switch. Later this year, the game will also be released for PC via Battle.net.

The  fans are from the greatest crash game of all time1 thrilled and there is no better time than now to experience huge levels, nasty enemies and more gameplay, whether for the first time or for the hundredth time. Those who love the series can also look forward to numerous fur-elastic festivities from Activision Blizzard, Inc. (NASDAQ: ATVI), which will cast their spell on Crash Bandicoot fans year-round.

The  Toys for Bob development team has worked flat out on Crash Bandicoot 4: It’s About Time for the new platforms. Fans who want to play the game on PlayStation 5 and Xbox Series X | S can look forward to incredibly sharp graphics in 4K resolution at 60 FPS2 looking forward. In addition, the players on both next-gen platforms can enjoy shorter loading times so that they can throw themselves at the Wumpas faster than ever before in an atmosphere that is even more immersive thanks to the 3D sound.

Players who buy or already own Crash Bandicoot 4: It’s About Time for PlayStation 4 or Xbox One will receive the next-gen upgrade within the console family3 even for free (except in Japan).

The  saved data can then be transferred to the new console. Owners of a PlayStation 5 in particular can expect a special experience thanks to the DualSense wireless controller: thanks to adaptive triggers, players can feel the force of Cortex’s DNA-altering blaster and Tawna’s hookshot right down to their fingertips. With the Activity Card function, players on PlayStation 5 also get an overview of their progress in the various dimensions of the game and can easily keep an eye on their goals.

In the future, fans can expect even more gaming fun on the go, because Crash Bandicoot 4: It’s About Time breaks the boundaries of time for the first time on Nintendo Switch. On Xbox Series X | S, Smart Delivery ensures that players can play the best version for their respective console.

Crash Bandicoot 4: It’s About Time for PlayStation 5 and Xbox Series X | S appears with an MSRP of € 69.99. Pre-orders for Nintendo Switch (RRP € 44.99) are already possible in some regions in the Nintendo eShop. Fans will receive more information on the PC version and other entertaining developments as part of the 25th anniversary celebration at a later date.

The  game is currently available for PlayStation 4, PlayStation 4 Pro, Xbox One and Xbox One X with an MSRP of € 69.99. Players will receive a free upgrade to the next-gen version within the same console family3 (except in Japan). Further information on the features and the installation of the next-gen versions as well as additional details can be found on our FAQ page.

1 Based on average hours of play.

The  PlayStation 5 and Xbox Series X versions of the game run in native 4K at 60FPS, while the Xbox Series S versions upscale to 4K. A 4K compatible device is required.

3 Players who own a disc version of the game must own a next-gen console with a disc drive in order to receive the upgrade.

For fear of corona mutations: The demand for border controls in...