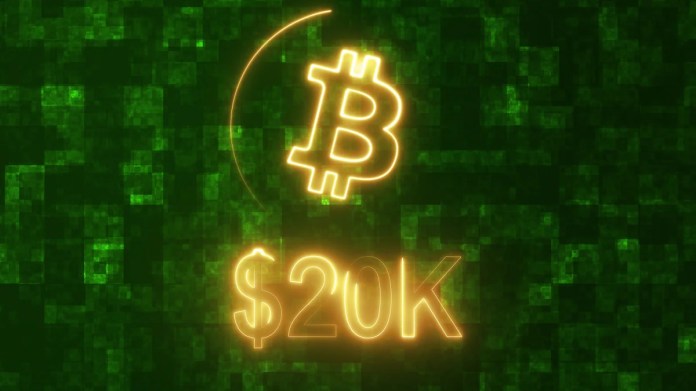 The digital currency market remains under considerable pressure. On Tuesday, large cryptocurrencies such as Bitcoin or Ether again lost significant value. With many digital systems, the price losses were even in the double-digit percentage range compared to the previous day. Overall, market sentiment seems to have been hit hard after the recent euphoria.

Bitcoin, the oldest and by far the largest cryptocurrency on the market, fell back by more than 15 percent at times on Tuesday morning. A price of 45,000 US dollars has meanwhile been marked on the Bitstamp trading platform. Bitcoin was still much higher at the weekend, reaching a record high of $ 58,354. At the moment there seems to be a slight recovery, the average price determined by the Coinmarketcap platform is around 48,900 US dollars.

Ether, the second largest crypto currency by market share, lost just as significantly as other digital stocks, including XRP, Polkadot, Litecoin and Bitcoin Cash. Sometimes the losses amounted to twenty percent or more. The market capitalization of all roughly 8,500 cryptocurrencies temporarily fell to $ 1.35 trillion after hitting a record high of about $ 1.76 trillion over the weekend. Last Friday, the $ 1 trillion threshold was exceeded for the first time.

The market puzzles as to why the mood in the crypto market has turned so quickly. Profit-taking after the spectacular gains of the past few weeks could be one of the triggers. Just over a year ago, a Bitcoin was worth less than $ 10,000, and since then its value has risen almost sixfold. Such sharp price increases rarely turn out to be sustainable in retrospect.

Apparently, the falling prices on Monday also caused increasing selling pressure on the stock exchanges. Increasing panic sales may have been a response. A whole series of preset stop-loss orders is also conceivable, which automatically trigger a sale from a certain price level and thus drive the price further down.

Crypto exchanges sometimes struggled because of the hectic market movements. So had to be Stock exchange Binance own information due to the high level of stock market traffic, suspend withdrawals from Ethereum and token currencies based on it for around an hour on Tuesday. The Exchange Kraken, in turn, reported already on Monday of very strong sales movements for Ether and Cardano, for example, which would have started from Sunday to Monday from around 3 a.m. Furthermore, there were traffic-related problems with the accessibility of the exchange site.

(with material from the dpa) /

Daughter of the Emir of Dubai – London requests a sign...

“Caliphate”: Shame for “New York Times” – IS report was invented

Huub Stevens is Schalke’s great luck – but one question remains

Focus on Swiss people: a screaming fitness coach, a near-win and...