In the past few weeks, cryptocurrencies have almost only gone up. Now the rally seems to have come to an early end: Bitcoin and co. Prices are falling. Investors wonder why that is so.

The  digital currency market remains under significant pressure. On Tuesday, large cryptocurrencies such as Bitcoin or Ether again lost significant value. With many digital systems, the price losses were even in the double-digit percentage range compared to the previous day. Overall, market sentiment seems to have been hit hard after the recent euphoria.

Bitcoin, the oldest and by far the largest internet currency in the market, fell back by more than 15 percent at times on Tuesday morning. A low of 45,000 US dollars was marked on the Bitstamp trading platform. Bitcoin was still much higher at the weekend, reaching a record high of $ 58,354. Since then it’s been going downhill.

The  second largest crypto currency in terms of market share, Ether, lost just as significantly as other digital stocks, including XRP, Litecoin and Bitcoin Cash. Sometimes the losses were 20 percent or more.

Too much investor hype?

The  market value of all roughly 8,500 cryptocurrencies fell to $ 1.35 trillion after hitting a record high of about $ 1.76 trillion over the weekend. All Bitcoins in circulation were worth around $ 850 billion on Tuesday. Last Friday, the $ 1 trillion threshold was exceeded for the first time.

The  price increases in the past weeks and months are unparalleled.

Just over a year ago, a Bitcoin was worth less than $ 10,000, and since then its value has risen almost sixfold. Such sharp price increases rarely turn out to be sustainable in retrospect.

The  market recently received support from the increased interest of large companies and long-term investors in digital currencies. First and foremost, the electric car maker are Tesla

and to name his boss Elon Musk.

The  company has invested billions in Bitcoin and wants to accept the crypto currency as a means of payment in the future.

Billionaire Musk has long been an ardent advocate of digital currencies and especially Bitcoin. However, when asked, he recently expressed a little more cautiously about what he saw as the high price of Bitcoin. That too has caused disillusionment on the market.

Daimler wants employees of company doctors to be vaccinated against corona 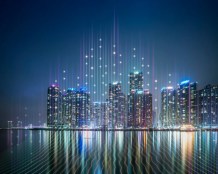 Computers, TV & Co. account for over a quarter of the electricity consumption.

After depot update: Warren Buffett could still have these 20 dividend stocks on his shopping list | message

Corona News Ticker: Mask controls on trains are being increased |...

Rapid runs out of juice: “We’re at the limit, actually over...

Hospitals for a new lockdown during the holidays

Mars rover “Perseverance” drove over the Red Planet for the first...

Stuttgart Comic Con on the internet due to corona