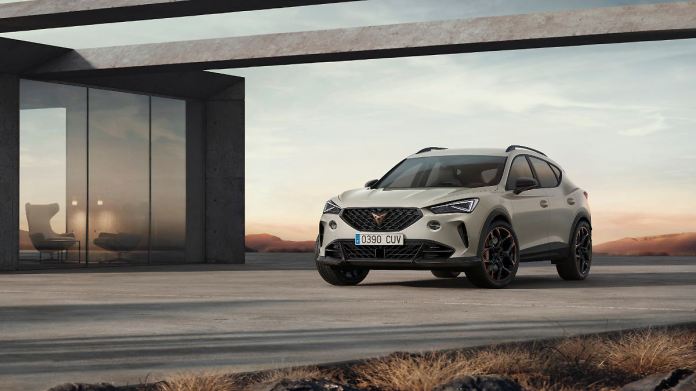 The  power plant with 390 hp and a maximum torque of 480 Newton meters, available for the first time outside the Audi world, accelerates the Formentor in conjunction with the seven-speed dual clutch transmission and all-wheel drive from a standstill to 100 km / h in 4.2 seconds and leaves it with an emphatic step fly on the pin up to a regulated 250 km / h.

Now the sports fans should rejoice, because apart from the engines already presented, the five-cylinder is not only a real sports engine, it is also a relic of a phalanx that is gradually fading and becoming lighter. And in order not to let the rows get any more dense again, Cupra has unceremoniously limited the number of Formentor VZ5, as the abbreviation on the rump, to 7000 copies. Not for Germany, no, for all of Europe. However, the majority of the Spanish bulls produced in this country are likely to be sold, because the brand is enjoying increasing popularity here.

What the sports brand is calling for prices for the VZ5 is not yet known. It is to be feared, however, that with a view to the currently most powerful variant of the Formentor, whose four-cylinder produces 310 hp and costs around 45,000 euros, the surcharge is likely to be in the five-digit range. So at least 55,000 euros should be on hand by the delivery at the end of 2021. But there are also befitting 20-inch wheels, a body lowered by one centimeter, an adaptive chassis and 18-inch brake discs with six-piston brake calipers. Exterior parts in carbon optics, such as the striking rear diffuser with four tailpipes, ensure a sporty look. Exclusive exterior colors, copper accents and extra-large air openings in the front apron are further features of the power Spaniard.

In the interior, too, the VZ5 has of course been pepped up compared to the little Formentor brothers.

The re are strongly contoured bucket seats with headrests integrated into the backrests.

The  interested party can choose between black and blue leather covers with brown nappa leather accents. In addition, the driver naturally holds a sports steering wheel with paddles in his hands and the eyes can delight in the eye-catching decorative stitching and applications in copper and aluminum optics. As in the other Formentor versions, there is a digital cockpit with a 12-inch screen diagonal as standard.

So if you end up owning a VZ5, you have not only acquired a new vehicle that is exceptional for today’s world, but also a sporty gem in terms of appearance.

Dax has record highs within reach

Coronavirus test center Hamburg Central Station: This is how the test... 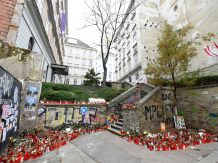 Austria improved by eight places in the 2019 Terrorism Index –...

“I’m tired of talking about Trump”

For the time being, the last aircraft from Great Britain lands...

Opposition could delay the most free