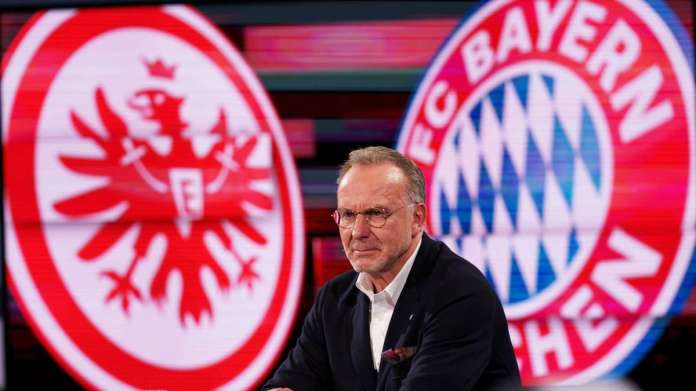 After the defeat of FC Bayern Munich, Karl-Heinz Rummenigge is a guest at Eintracht Frankfurt in the “Current Sports Studio” (ZDF). It doesn’t cut a good figure there.

Mainz – Frankfurt in February 2021: Spring-like 15 degrees and sun, so the best football weather. And then, yes, and then it happened: Eintracht Frankfurt has against the FC Bayern Munich won – just like that.

The  football world in Frankfurt is upside down. Just imagine there were fans in the stadium, it would have been a big party. Of course, the record champions don’t like that, especially not the one CEO Karl-Heinz Rummenigge.

Karl-Heinz Rummenigge would probably have preferred to go straight back to Munich, but had to make an appointment on Saturday evening (February 20th, 2021) “Current sports studio” on ZDF perceive. He was around anyway. He had a lot to explain, some of his statements in the past few weeks were like the performance of FC Bayern Munich on Saturday afternoon (February 20th, 2021) against Eintracht Frankfurt: weak.

“For example, if a player in the FC Bayern vaccinate, trust in the population grows, ”said the Bayern board member Karl-Heinz Rummenigge recently at “Sport1”. Considering vaccinating football pros early is in itself pretty naughty. Given that the FC Bayern Munich Was staying in Qatar at the time for a (if anything) mediocre-important “Fifa Klub-WM” playing really affects her.

Karl-Heinz Rummenigge in the “Current Sports Studio” (ZDF): He feels “ripped off”

Affected because all of this is just not a “role model” – especially not in the current Corona situation, in which the Foreign Office warns against unnecessary travel and Qatar classified as a risk area. Let’s not even start with the unjust state in which it regularly Human rights violations comes. That would go beyond the scope now.

But that’s not all. Because the FC Bayern Munich had only on Saturday morning (February 6th, 2021) and not as planned on Friday evening (February 5th, 2021) Qatar can fly. According to Rummenigge you feel “ripped off” by the Brandenburg government, they don’t even know what you did to the team with it. Of the Bayern boss Karl-Heinz Rummenigge so complains at a time when almost everything has come to a standstill and people cannot see their families about a privilege that is otherwise denied to almost all German citizens. Wow, really great cinema.

Karl-Heinz Rummenigge in the “Current Sports Studio” on ZDF: FC Bayern too inconsistent

Before visiting the “Current Sports Studio” (ZDF) has Karl-Heinz Rummenigge so not smeared with fame. But let’s get to what he’s in gym mortised. Because many agree that he will present himself as always: From above – even if he did so after the defeat against the statistically best team of the year 2021 in the Bundesliga (Eintracht Frankfurt, just as a reminder) can currently not do so much in terms of sport.

The  moderator of the “Current Sports Studios” (ZDF), Jochen Breyer, Karl-Heinz Rummenigge of course on that Loss against Eintracht Frankfurt and the draw against Arminia Bielefeld. FC Bayern Munich dropped five points this week. But against Eintracht Frankfurt can already be lost this year. On Monday (February 15, 2021) against Bielefeld, it was the snow that was to blame, as it was “in masses” in the first half. “That was bad luck,” said Rummenigge. Against the SGE be that FCB just been inconsistent and unfocused. His convulsive smile shows how hard this defeat hit him and that he really wants to keep it to himself.

The n it goes straight to the nitty-gritty. After all, Rummenigge didn’t just come across the defeat against Eintracht Frankfurt chat. ZDF-Moderator Jochen Breyer asks bluntly: “Where has the humility gone?” Hmm. One question that Karl-Heinz Rummenigge im “Current gym” rather can’t answer, because he probably hasn’t heard the word humility in a long time.

A club that travels all over the world and plays football, and then gets annoyed about a delayed take-off of an airplane, has apparently forgotten humility. According to him, not, but as a Rummenigge ZDF-Moderator Breyer then asks whether he has sat in a machine on the slopes for seven hours, it is actually clear which direction it is going. And: “I don’t think we’re arrogant”. Ok, Mr. Rummenigge, ok.

In addition, his statement about the vaccinations had been misunderstood, because he naturally wanted to act as a role model as soon as enough vaccine was available (which is not the case at the moment). Just forgot to mention the last time. ZDF presenter Jochen Breyer drills in the “current sports studio” after: “

The n why did you make these statements?” Yes, exactly, why? One shouldn’t put everything on the gold scales, some things are also misinterpreted or understood. Sorry, it was probably not the fault of Karl-Heinz Rummenigge.

And why are the teams jetting for them Champions League and Europa League across the continent? Quite simply because nobody has the power UEFA to say: “Nope, in the current situation we don’t want that”. According to Karl-Heinz Rummeniggewho in “Current Sports Studio” (ZDF) was a guest, you shouldn’t blame clubs like RB Leipzig or Borussia Mönchengladbach for traveling to Budapest for a Champions League game against an English club. It is not a decision of the clubs, but the one UEFA. He thinks that is debatable and gives the impression that football has a special role that football does not want to have. Aha.

Last but not least, the “Current Sports Studio” (ZDF) still about the Cooperation between FC Bayern Munich and Qatar, the country in which Human rights not be particularly capitalized.

The  reason for this is that Qatar a relatively young country that only became independent in 1971. Besides, it’s a completely different culture. Sorry? That leaves too Jochen Breyer do not stand like this: “Human rights violations are not a culture”. Jochen Breyer 1, Karl-Heinz Rummenigge 0. Thank you – please.

When Karl-Heinz Rummenigge in the “Current Sports Studio” then it is asked why the FC Bayern Munich No longer affording morals and pushing for improvements in Qatar, everything is no longer so easy, according to Rummenigge. “Football is being pushed into a corner that it should make the world a better place. He can only partially, but not entirely, ”he said.

The  country has continued to develop, a minimum wage has been reached in two years, and Germany, for example, has taken significantly longer to achieve this. In addition, the FC Bayern continuously in dialogue with Qatar. We don’t want to talk any further about the fact that all of this is just a drop in the ocean.

What we got from the conversation at the end of the evening Karl-Heinz Rummenigge at the “Current sports studio” on ZDF So learn:

The  UEFA actually does a great job in the Corona-Krise (except for this travel thing in the Champions and Europa League), the hygiene concepts are great (“Nobody knows where Thomas Müller got infected,” said Rummenigge), FC Bayern Munich doesn’t want any special sausages and doesn’t get any (up to on the trip to Qatar and no subsequent quarantine), and in Qatar everything is not that bad, as always said (except for the sometimes devastating human rights violations). With so much good news, defeat is against Eintracht Frankfurt sure to be quickly forgotten. (Melanie Gottschalk) 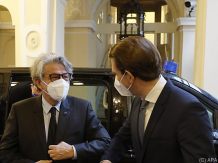 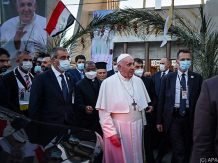 We need a firewall to the right

CSU practices closeness and distance to the Greens

Coronavirus: Incidence in Haltern drops to 95.1

No wages and extra shifts: outbreak of violence in an Indian... 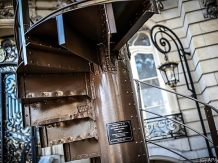