According to measurements by LexisNexis Risk Solutions, the Covid 19 pandemic has led to an increase in online transactions of 25 percent.  The  number of automated attacks by bots is increasing, while human-initiated attacks are falling.

The  best product, the business model, the best customer approach, as well as the supposedly best online and offline shop are of no use if too little, or worse, no value is placed on security when moving to digitization.

An indicator of how important security is in companies is shown again and again by the various security companies with corresponding quarterly, half-yearly or annual reports on how “weak” the security precautions of companies are. However, top managers of large companies, but also of small and medium-sized enterprises, are reluctant to officially confirm that they are repeatedly the target of an attack. And data from users and customers was also grabbed, which of course tops off data theft.

If an attack happens around the three months before Christmas and New Year, when in some industries sales are a good 50 percent higher than before, many companies have no choice but to quickly pay a ransom on the extortion via Bitcoin to continue the course of business.

The  crook in digital camouflage

The  Covid-19 pandemic has recently led to massive sales growth, but has also increased the digital threat. More transactions were counted, more sales and profit, especially from the big online retailers. Interestingly, according to the Cybercrime Report from LexisNexis Risk Solutions, the number of attacks that were initiated by humans decreased in 2020, but at the same time the number of machine attacks via bots has increased, in some cases massively.

The  Digital Identity Network LexisNexis Risk Solutions processed around 47.1 billion transactions in 2020. compared to 2019 that was almost 12 billion more (than around 25 percent plus).

In the second half of 2020 in particular, the growth in transaction volume, especially in financial services (plus 29%), e-commerce (38%) and media (9%) (note this includes betting portals, gaming platforms) increased compared to the same period in the previous year can. Most attacks are registered in e-commerce, which has the greatest increase in the attack rate at 2.7 percent, followed by attacks on financial service providers.

The  number of attacks initiated by humans decreased by around 184 million, while the number of bot attacks increased by 100 million.

The  aim of the bots: to track down and read user login data, which opens the way for fraudsters to access user data. Among other things, this can be used to shut down the computers of private individuals, but also to bring company networks to a standstill. In the end, the hackers usually demand ransom. If this is complied with, the user will be sent a code with which he can use his account again.

The  largest number of human and bot fraud attacks come from the United States, but Canada, the United Kingdom, and Germany also make the top ten. But the number of fraud attacks is also increasing rapidly from emerging economies.

The re has been an increase in human-initiated attacks from emerging economies. For example from Guatemala, Bahrain and Zimbabwe. A significant number of bot attacks have originated in the Isle of Man in the UK, United Arab Emirates and Nigeria. 67 percent of all transactions were made via mobile channels such as smartphones, laptops or tablet computers.

From July to December, a massive increase in attacks was recorded, especially in the youngest age group. A ten percent increase in fraudulent attacks has been recorded against the age group of the so-called Generation Z under 25. Among the over-75s, so-called silver surfers, the increase is the second highest. Millennials in particular don’t seem to think it’s so important with security. Older users, on the other hand, often lack the know-how to protect themselves against attacks.

The  45 to 65-year-olds recorded the lowest increases in attacks.

Interesting Detail: While Generation Z and Millennials are the most vulnerable to fraud and phishing attempts, the damage increases with age due to the victims’ disposable income.

While digital companies work hard to better serve new and existing customers, Moody says, they need to identify and mitigate potential risks on a case-by-case basis to protect consumers from falling victim to fraud.

The  key is building a layered defense,” said Moody. “

The  combination of the best digital identity intelligence with physical identity solutions and behavioral biometric intelligence can be the game changer companies need to reduce the unpredictable tides of fraud.”

Jungle Show 2021: What, these stars were already in the jungle... 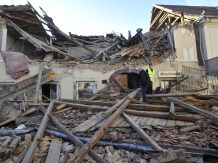