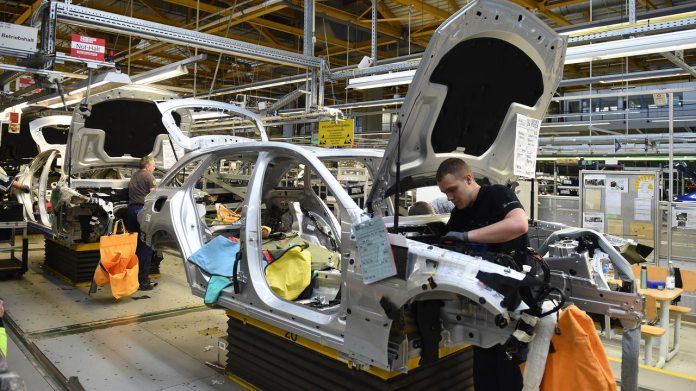 Despite Corona, Daimler made a profit of four billion euros last year. At the same time, the group received short-time work benefits. Does it only benefit shareholders?

Daimler’s good business in China is the main reason for the group’s big profits. This is how Daimler boss Ola Källenius presented it last week when he told the press that the company had achieved a net profit of around four billion euros in 2020, a good 50 percent more than the year before.

But China or not:

The re are other reasons for the huge profits that Bremen’s largest private employer has made. For example, the short-time work allowance that Daimler took out for its employees last year due to the corona crisis is estimated by IG Metall to be 500 to 700 million euros. Short-time working allowance is actually a state subsidy that is intended to help companies through existential crises instead of increasing high profits.

“Difficult to explain,” says Volker Stahmann from IG Metall Bremen, that Daimler benefited so massively from the instrument of short-time working last year. Even if the group’s profits were by no means apparent in the autumn, a “taste” remains.

What does Daimler do with the profit?

Even leading business ethicists can hardly contradict this assessment of the trade unionist. Detlef Aufderheide from the Bremen University of Applied Sciences finds it “piquant” that taxpayers have financed short-time work at Daimler with a good 500 million euros and thus made a significant contribution to the group’s profit increase. In his view, the fact that the company should now voluntarily repay money to the state would be asking too much: “Shouldn’t that be demanded for any retrospectively far-reaching support from the state? plays an important role, “says Aufderheide.

In any case, he warns against a hasty moral assessment of the facts: “

The  fact is that Daimler has sold around 15 percent fewer vehicles than in the previous year. That is a clear drop in demand.” This shows that the automaker introduced short-time work “not arbitrarily” in 2020: “

The  key question for me is what Daimler is doing with the high profits.”

The  business ethicist Hendrik Müller from the Fresenius University of Applied Sciences in Hamburg classifies the situation as his colleague in Bremen. He speaks of a “complex problem” in connection with Daimler’s high profits despite short-time working. “

The  important thing now is: what does the company do with the savings?” Asks Müller and adds: “If companies with short-time work pass costs on to the state, the shareholders may not ultimately be the sole beneficiaries. In my opinion, that would not be acceptable.”

In contrast, the scientist would find it appropriate if Daimler’s shareholders waived excessively high dividends for 2020. Despite the upheaval in the automotive industry, the group had to offer its employees a perspective after they had given up money in favor of the company during the crisis. That is a “requirement of fairness”. And this requirement plays a major role in business ethics.

In the automotive industry, however, only to a limited extent. “At least since the diesel scandal there has been a certain moral blindness,” says Müller. In fact, Daimler announced on its website: “

The  Board of Management and the Supervisory Board will propose a dividend of EUR 1.35 per share to the Annual General Meeting on March 31, 2021.” In 2019, the shareholders received a significantly smaller dividend. It was 90 cents per share.

“That is not how it works!”

To explain the high dividend, Daimler spokesman Matthias Krust announced: “For years, Daimler has been aiming for an annual dividend payment of 40 percent of distributable net profit.”

The  dividend proposal by the Board of Management and the Supervisory Board takes into account a careful and prudent weighing of the interests of all stakeholders to which the company is committed. In addition, the proposal is based on the current business situation, liquidity and business prospects, said Krust.

“That doesn’t work at all!” Says Volker Stahmann from IG Metall Bremen. At least not, as long as those Daimler employees who are not directly involved in production are allowed to work only 33 instead of the usual 35 hours – and receive correspondingly less money. In September, for example, the General Works Council made an agreement with Group management for the period until September 30, 2021 and also decided that the bonuses in 2020 would not apply to all employees.

However, Stahmann thinks that this general works agreement should no longer apply against the background of the group’s huge profits.

The  employees only agreed to the agreement in September to help their employer during the crisis. Now, against the backdrop of profits, the group must approach the workforce. This is not only expected by the general works council in Stuttgart. Dissatisfaction is also spreading in the Bremen plant. Unimpressed by this, Daimler spokesman Matthias Krust announced: “

“Good prerequisites for the revival of incoming tourism” | news

Adidas raffle: nasty chain letter on WhatsApp lures you into a trap

Binz wants to take over the MAN plant in Plauen

Milan star Zlatan Ibrahimovic is buying a forest in Sweden for...

Commentary after Storming the Capitol: Lessons for Germany | NDR.de...