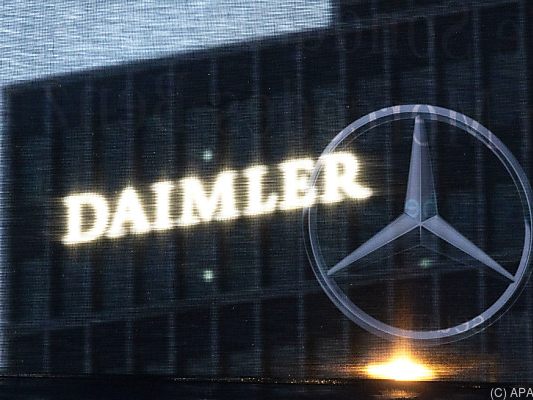 
Shareholders get more dividends
© WHAT (dpa)

After catching up in the fourth quarter, Daimler expects a sustained recovery this year. Sales, sales and operating profit are expected to be significantly higher in 2021 than in the corona crisis year 2020, as the carmaker announced on Thursday. According to Daimler’s definition, clear means an increase of more than 7.5 percent in sales and sales, and more than 15 percent in operating profit.

For the passenger car subsidiary Mercedes-Benz Cars & Vans, an adjusted return on sales of 8 to 10 percent is expected after just under seven percent last year. “We are confident that we will be able to maintain our positive momentum if the market conditions remain like this,” said Daimler boss Ola Källenius.

The  rapid recovery of the car market in China and strong cost reductions had increased the operating profit in 2020 by more than 50 percent to 6.6 billion euros. In the final quarter alone, the Germans shoveled in almost 70 percent of it. And this despite a decline in sales and revenue for the year as a whole: Daimler sold 2.84 million vehicles, 15 percent fewer cars and commercial vehicles.

The  proceeds fell by eleven percent to 154.3 billion euros.

The  carmaker was nevertheless able to improve profitability in the second half of the year. “We have proven that we can generate a considerable amount of cash flow and drive the ongoing transformation forward on our own – even under the difficult conditions of a pandemic.”

The  bottom line was that the DAX group earned 4 billion euros last year compared to 2.7 billion euros in the previous year, in which Daimler had to shoulder billions in provisions in the diesel scandal.

The  dividend is to rise to 1.35 euros per share after 90 cents in the previous year.

Live ticker: South Tyrolean Vinatzer in the men’s slalom in the...

Heidi Klum at the Berlin Fashion Week – hot in white!...

Over 200 dead since the military coup in Myanmar

Juventus celebrates a runaway victory at the start of the new...