At the start of trading, the German benchmark index moved further away from the round mark of 14,000 points.  The  reasons for this are diverse.

The  DAX started the new week around one percent weaker at 13,856 points, after climbing to 13,993 points on Friday. Only two of the 30 DAX stocks are up. Two weeks ago the leading index had reached a record at 14,169 points. But follow-up purchases have not taken place since then.

In fact, the stock market currently lacks clear trends. If you believe the mood barometer of the Frankfurt Stock Exchange, the situation between bulls and bears is balanced.

The  DAX is currently caught between new corona worries and the hope that the economy will pick up, says market expert Christian Henke. It has therefore been hovering around 14,000 points for two weeks.

Worries about rising yields in the US

The  US bond market is also causing disruption to the financial markets.

The re, the interest rate on ten-year US paper climbed to 1.34 percent, the highest level in a year. This makes bonds more attractive as an investment relative to stocks. However, experts expect that the US Federal Reserve will intervene if yields continue to rise. In the opinion of the experts, however, an increase in key interest rates is not on the agenda in either the US or Europe for the foreseeable future.

The  futures markets are currently not expecting an initial rate hike by the Federal Reserve (Fed) until mid-2023 at the earliest. Nevertheless, the discussion on when the Fed will reduce bond purchases has already begun, explains analyst Hartmut Preiss from DZ Bank.

The  business climate index of the Munich Ifo Institute expected at 10 a.m. should also attract attention. A slight brightening is expected, but there should be little sign of anticipation for an expected upturn. In January the index fell to 90.1 points after 92.2 points in December.

The  business climate is the most important early economic indicator for the German economy.

As the Federal Statistical Office announced in the morning, German industrial production fell by 10.8 percent last year compared to 2019. Last year, the slump was particularly severe in the automotive industry, the most important German economic sector: the manufacturers of cars and car parts produced a quarter less than in the previous year.

The  euro fell drastically after the release of the industrial data, but immediately recovered in a V-shaped movement. Most recently, the common currency cost $ 1.2117, roughly the same as on Friday evening.

The  European Central Bank (ECB) set the reference rate on Friday afternoon at $ 1.2139.

Conti does not pay a dividend

The  Conti share is one of the weakest stocks in the DAX this morning. Due to the difficult business situation, the shareholders of the auto supplier should not receive a dividend for the Corona year 2020. After examining the books, the company determined a negative consolidated result.

The refore, it will be proposed to the annual general meeting that is due at the end of April that no distribution be made. For the year before, there was still 3.00 euros per share, despite the red numbers. CFO Wolfgang Schäfer had already indicated last November that a turn to profit could no longer succeed.

The  VW subsidiary Porsche AG is tightening its savings program. “In the next five years we are now planning a total of around ten billion euros to secure the result. Originally it was six billion euros,” said CEO Oliver Blume of the “Automobilwoche”.

The  group will make decisions about Bugatti and Rimac in the first half of the year.

The  subsidiary Skoda wants to achieve more growth by entering the market in emerging countries such as Egypt. “10,000 sales per year are not enough for a country with 100 million inhabitants. We could increase that tenfold in the medium term,” said Skoda boss Thomas Schäfer of “Automobilwoche”. In addition, Schäfer announced another electric car.

The  automotive and industrial supplier rejects a split along the lines of Continental, Siemens or Daimler. “Separating just for the sake of separating is not a coherent concept, even if the stock market occasionally thinks something like that is great,” said Schaeffler CEO Klaus Rosenfeld of the “Süddeutsche Zeitung”. “Schaeffler is not a conglomerate in the traditional sense, but an integrated technology group that serves various sectors,” he added.

Bitcoin on the decline

The  oldest and most important cyber currency hit a record high of $ 58,354 on the Bitstamp trading platform on Sunday. On Friday, according to data provider CoinMarketCap, all Bitcoins in circulation were worth more than a trillion dollars for the first time. 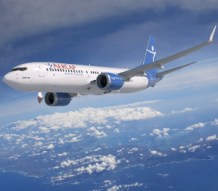 Publication of the annual financial report 2020; A dividend of EUR 0.4551 per share is resolved by ao AGM

Hamburg: man pees on the roadside – and is shot

Danni and Ennesto – is their relationship really just fake?

The slowness of the rapid tests: Do not wait until Spahn...

Mobile corona tests at daycare centers and schools in Berlin

Werder shoots Hanover – VfB trembles into the second round